A Week In September: A Story of Enduring Love from the Burma Railway 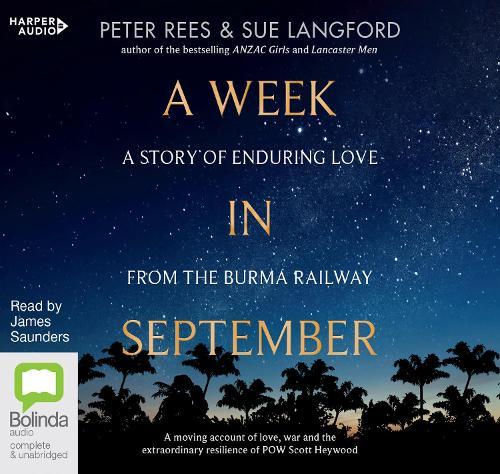 A Week In September: A Story of Enduring Love from the Burma Railway

Doug Heywood was a grown man when he discovered, in a shoe box hidden in a wardrobe, a time capsule of sorts - hundreds of letters, all written by his father, Scott Heywood, to his mother, Margery. Scott, a POW on the infamous Burma Railway, wrote letters almost daily to his young wife, on scraps of paper that had to be hidden from guards. These letters tell us of an enduring love - and also, intriguingly, they tell us how Scott managed to make it through the most brutally testing circumstances. Scott’s story bears an uncanny resemblance to another story, coincidentally happening 7000 kilometres away. Viktor Frankl, a psychiatrist, was rounded up with his family and sent to Auschwitz in September 1942. ‘Everything can be taken from a man but one thing,’ Frankl wrote, ‘the last of the human freedoms - to choose one’s attitude in any given set of circumstances, to choose one’s own way.’ Scott Heywood and Viktor Frankl, on opposite sides of the world, had seen the accepted structures and certainties of their worlds turned upside down. Each faced his own psychological challenge; each responded to the life force of survival.