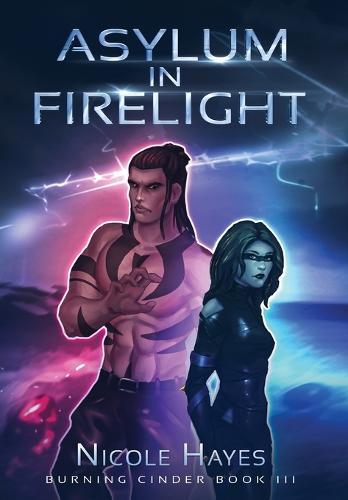 Captured? Check. Drugged? Check. Mined of her blood to keep the conduit open? Check. Rayne is the bridge between Earth and Cinder. Unfortunately, no one asked her permission to open it. But she has plans for when she awakens. Killing Nox, King of Cinder, isn’t revenge. It’s justice. For her. For her people. And for every other planet he reduced to nothing. While her family comes to terms with their recent losses, Rayne adjusts to life as a weapon of war. The good news? She can stop Nox before he aces his crash-course in self-destruction. Taking them with him. The bad news? She has to distance herself from those she loves most or risk her own destruction. If the good guys win, Earth might be accepted into the Vast Collective and all the helpful technology that entails. If they fail, humanity, the Icari, Earth, and Cinder go down in flames.