The Orchid Thief: A True Story of Beauty and Obsession 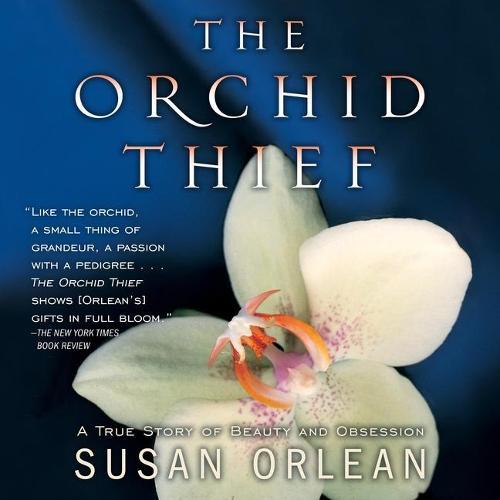 The Orchid Thief: A True Story of Beauty and Obsession

The Orchid Thief is the true story of John Laroche, an obsessed Florida plant dealer willing to go to any lengths to steal rare and protected wild orchids and clone them, all for a tidy profit. But the morality of Laroche’s actions do not drive the narrative of Orlean’s strange, compelling, and hilarious book. She is much more interested in the spectacle this unusual man creates through his actions, including one of the oddest legal controversies in recent memory, which brought together environmentalists, Native American activists, and devoted orchid collectors. She follows Laroche deep into Florida’s swamps, tapping into not only the psyche of the deeply opinionated Laroche but also the wider subculture of orchid collectors, including aristocrats, fanatics, and smugglers whose obsession with plants is all-consuming. Orlean portrays the weirdness of it all in wonderful detail, but, ultimately, the book is primarily about passion itself and the amazing lengths to which people will go to gratify it.