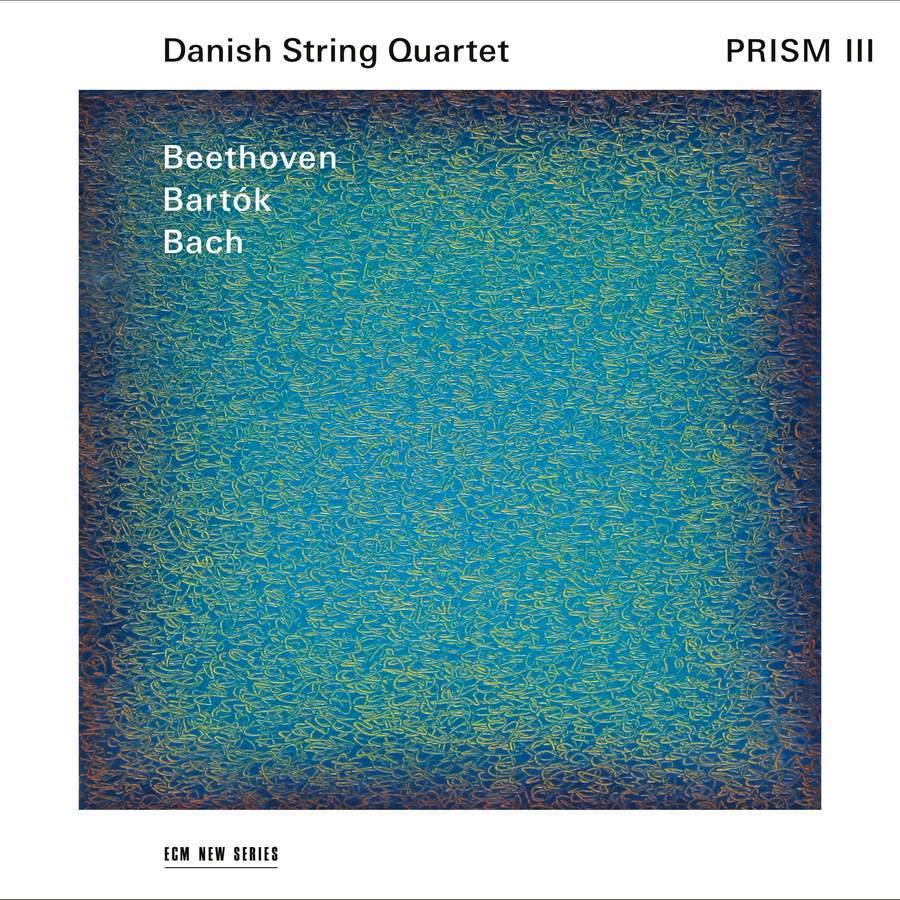 This is the third volume of the Danish String Quartet’s ongoing Prism series, which shows how the radiance of Bach’s fugues is refracted through Beethoven’s quartets to illuminate the work of later composers. “Beethoven had taken a fundamentally linear development from Bach,” the Danes note, “and exploded everything into myriads of different colours, directions and opportunities - much in the same way as a prism splits a beam of light.” Here the quartet follow the beam from Johann Sebastian Bach’s Fugue in c-sharp minor (The Well-Tempered Clavier , Book I) through Ludwig van Beethoven’s String Quartet . 14 to Béla Bartók’s String Quartet No. 1.
Inevitably, we base our work on what we know, as individuals and as a group, but the important thing to us as musicians is that these connections be experienced widely on an intuitive level. We hope the listener will join us in the wonder of these beams of music that travel all the way from Bach through Beethoven as far as to our own times.“
Danish String Quartet violist Asbjørn Nørgaard elaborated on the origins of the Prism project in an interview with the Boston Globe: "The idea came when I was reading Lewis Lockwood’s book about Beethoven. [Beethoven: The Music and the Life] He writes about Beethoven’s lifelong obsession with Bach and, in particular, The Well-Tempered Clavier. In his last years, Beethoven basically spent all his time studying Bach and writing string quartets. Most of the musical material that he used to craft his last five string quartets can be more or less directly found in specific fugues by Bach.”
In the liner notes for Prism III, Paul Griffiths traces the ways in which the essence of Bach’s c-sharp minor fugue is transformed in Beethoven’s op. 131.
In turn, Bartók’s First String Quartet, completed in 1909, when the composer was just 27, and still in the process of discovering his own artistic voice, paid direct homage to Beethoven’s String Quartet no. 14. The first movement begins in the same spirit as Beethoven’s quartet, and as Bartók biographer David Cooper has suggested, “one might argue that there is an even more direct correspondence between Bartók’s overlapping entries and his pairing of instruments and the approach taken by Beethoven in the fourth movement of op. 131.”
$29.99Add to basket ›