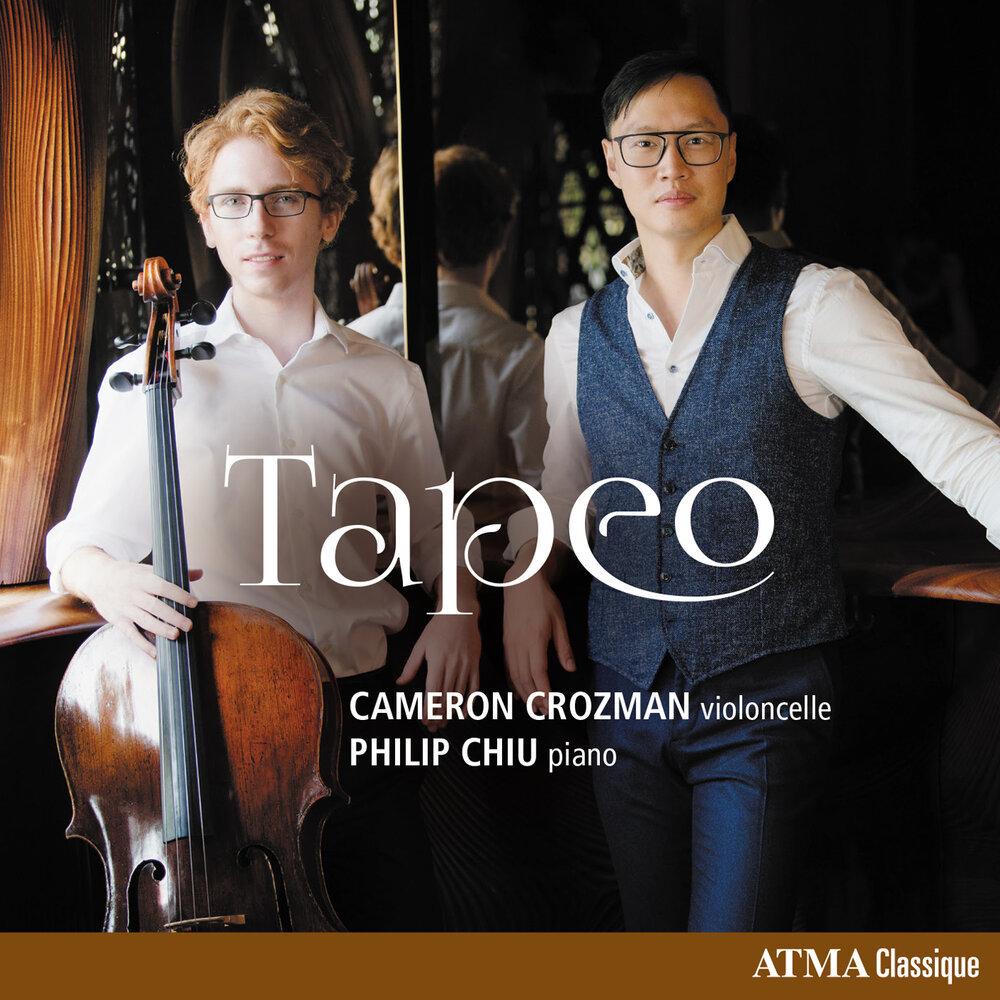 “A technically perfect duo with a personal style.” - Classica
Spanish music is the focus of Tapeo, a new recording by cellist Cameron Crozman and pianist Philip Chiu. Works by Gaspar Cassado, Manuel de Falla, Joaquin Turina are performed on “El Tiburon,” a circa 1769 Spanish cello attributed to Joannes Guillami, and generously loaned by the Instrument Bank of the Canada Council for the Arts.
“I fell in love with Spain the moment I first stepped into a tapas bar in the middle of Barcelona,” says Crozman. “Each of the short pieces on this album was chosen for its own unique flavour and will give you a musical taste of Spain’s incredibly diverse and rich culture. And just as Spanish food would be unthinkable without the tomatoes and potatoes of the New World, so too it felt like an album of Spanish music would be incomplete without a couple gems from Hispanic America”.
A cellist “with a rich imagination and a keen mind” (Diapason), Cameron Crozman is recognized as one of Canada’s rising stars. Named Radio-Canada’s 2019-20 Classical Revelation artist, he performs across North America and Europe, appearing as a soloist with major Canadian orchestras and sharing the stage with eminent musicians such as James Ehnes, Augustin Hadelich, Andre Laplante, and James Campbell. “A pianist-painter who transforms each musical idea into a beautiful array of colors” (La Presse), Philip Chiu is acclaimed for his brilliant pianism, sensitive listening, and a stage presence that favours openness, authenticity, and connection with audiences. Inaugural winner of the Mecenat Musica Prix Goyer, Philip has become one of Canada’s leading musicians through his infectious love of music and his passion for creation and communication.
$29.99Add to basket ›