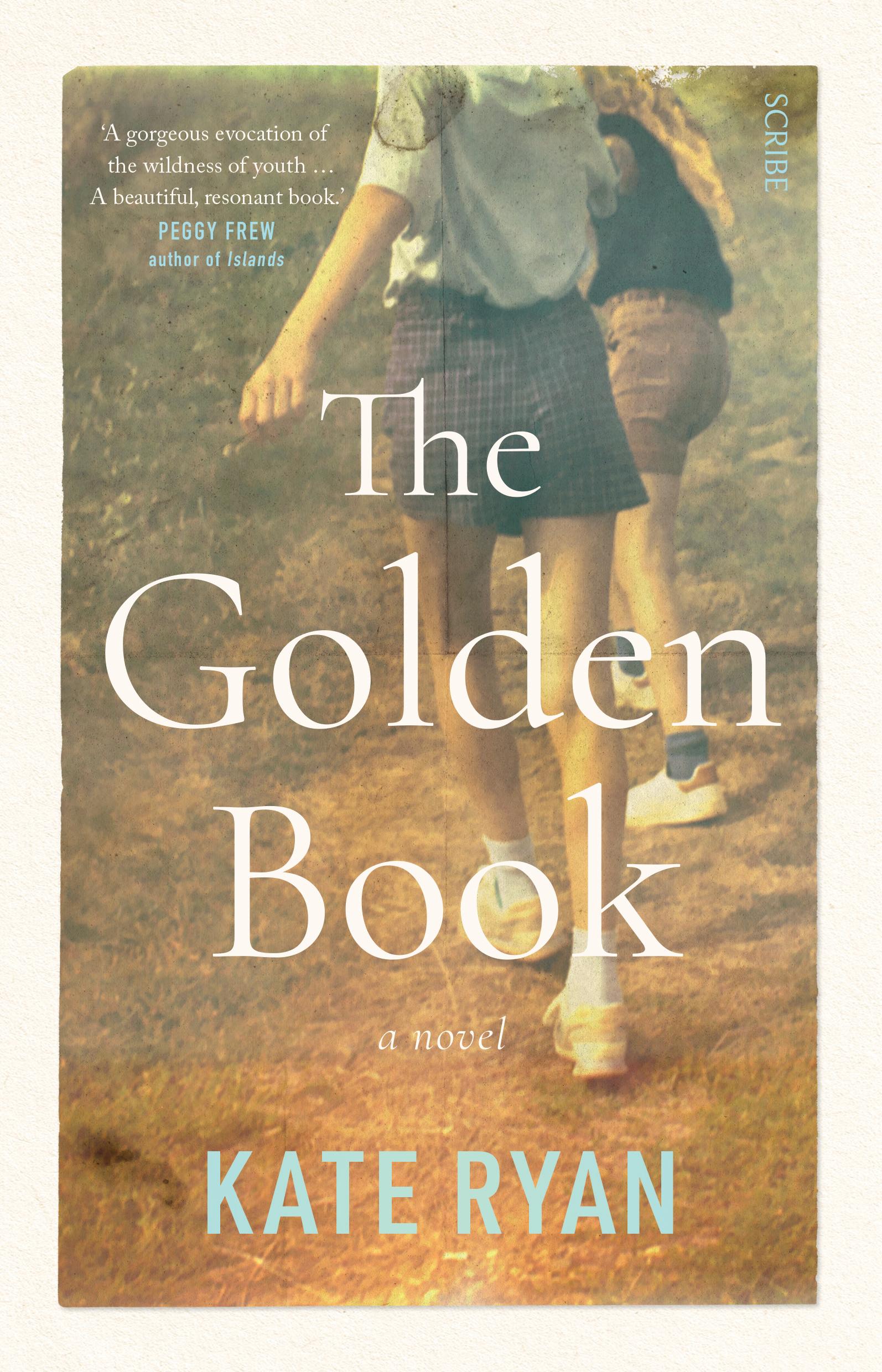 Jessie had said they should go at midnight. ‘It’s the gods’ time,‘ she said, narrowing her eyes dramatically. 'Anything could happen.’
It’s the 1980s, and in their small coastal town, Ali and her best friend, Jessie, are on the cusp. With ‘The Golden Book', a journal of incantation and risk taking as their record, they begin to chafe at the restrictions put on them by teachers, parents, each other. Then Jessie suffers a devastating accident, and both their lives are forever changed.
When Ali is an adult, with a young daughter herself, the news of Jessie’s death brings back the intensity of that summer, forcing her to reckon with her own role in what happened to Jessie so many years ago.
As this stunning debut moves back and forth in time, and Ali’s secrets are forced into the light, Kate Ryan asks profound questions about responsibility and blame, and, ultimately, about love.

The title of Kate Ryan’s fiction debut The Golden Book doesn’t refer to the ‘Little Golden Books’ many of us read in early childhood. Instead, it is a handwritten journal in which friends Ali and Jessie documented their challenges and feats when they were 12 years old, growing up in a country town in the 1980s. Many years on, Ali, now living in Melbourne, receives a phone call telling her Jessie has died. Though she was expecting this news, it evokes mixed emotions in Ali. She hasn’t returned to her hometown for many years, and she is not sure she can bear going back for the funeral.

Ryan’s novel moves seamlessly between the two timelines. Ali’s childhood friendship with Jessie, and their 1980s world is described in vivid detail. Ali envies Jessie’s home and her lifestyle. Jessie’s house is a blaze of colour and activity, with an artistic mother and three older brothers. Jessie runs wild, barefoot with uncombed hair. In comparison, Ali’s home is staid – she is the only child of schoolteacher parents who read novels and newspapers, and thrive on routine.

In the present, Ali sees her own daughter, Tam, developing the same impulsiveness and risk-taking as her childhood friend. While she is careful not to crush Tam’s enthusiasm, she is concerned when Tam forms an intense friendship with a new girl at school and the two of them start breaking rules and getting into significant trouble.

Ryan maintains the tension by moving closer and closer to the defining event of Ali and Jessie’s childhood and friendship. With trepidation, Ali returns to her hometown for the funeral. She expects judgment and derision, but is surprised by the reception she receives, and is pushed to confront the events that occurred 30 years ago.

The Golden Book is well paced and well plotted. Ryan examines weighty themes including friendship, responsibility, trauma and the reliability of memory.