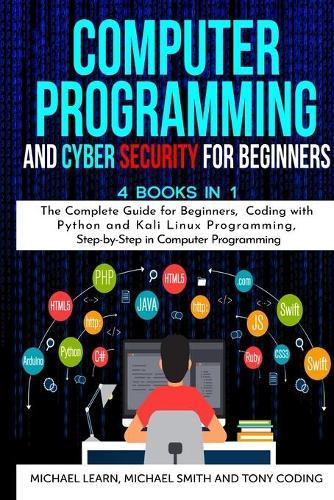 Includes 4 manuscripts Learn Python Programming In today’s Industry, Python Programming is highly recommended for developing Websites. The creator of this programming language was Guido Van Rossum, released first in the year 1991. The multiple supporting programming paradigms made itself unique from other programming languages as it had some outstanding features like unique adaptability, the ability to adopt machine learning, scientific computation, cloud infrastructure and above all web development. Python’s role is really commendable in both software development, as well as, web development. This book is helpful for learning everything Python has to offer.By connecting with a database system Python can read and modify files. To create workflows in Software, this language is helpful. Python also supports a dynamic type system, automatic memory management, object-oriented and structured programming. Moreover, this programming language has the potential to support the various concepts in functional and aspect-oriented programming. Where the other programming languages use semicolon or parentheses to complete a command, Python uses new lines to complete it. Python Coding and Programming Python is one of the easiest computer languages to learn. The most striking part of this language is that it is widely used in NASA. The developers should focus on the quality of the source code to simplify its uses. Other programming languages never focused on the code readability, but Python is always ready to strengthen the code readability with the help of English keywords. Writing additional code is not necessary for Python to create custom applications. When you want to learn a language understood by computers, all over the world, you should take the help of this eBook. It supports several programming paradigms like logic programming and design by contract. In late 1980, as a legatee to the ABC language, the python was conceived. The exceptional powerful ideology of this programming language has influenced many other languages, like BOO, GOBRA, JULIA, RUBY, SWIFT, etc, and those languages hire Python designs for their development. python coding Wandering how to learn everything on Python Programming right from the beginning? The next few lines can tell you something! Learning Python is one of the 21st century specialties you can have right now. You know how to code with Python, you become one of the most relevant citizens of the computer age. You can access neural networks, interpret, understand, code and decode certain special languages of a computer. So in order to be relevant, you need a program like python. A beginners Guide to Kali Linux Linux is an open source, as a result of which tool developers get an extra advantage. Are you interested to learn about an operating system which is not only transparent but also can be manipulated in as many ways as possible? Read On to get well aware of one such OS, which is nothing but Linux. Due to its flexibility, most of the cybersecurity tools are written to run on Linux. Cybersecurity is the protection of every system which is connected through the internet, from any kind of cyber-attack. This can include software, hardware and data. In computing terms, security is not only cybersecurity but also physical security. Both these mechanisms are used to safeguard against any kind of unauthorized access to computerized systems and data centers. Any kind of information security which is designed