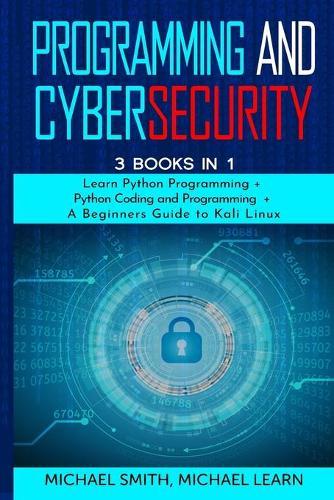 Includes 3 manuscripts Learn Python Programming In today’s Industry, Python Programming is highly recommended for developing Websites. The creator of this programming language was Guido Van Rossum, released first in the year 1991. The multiple supporting programming paradigms made itself unique from other programming languages as it had some outstanding features like unique adaptability, the ability to adopt machine learning, scientific computation, cloud infrastructure and above all web development. Python’s role is really commendable in both software development, as well as, web development. This book is helpful for learning everything Python has to offer.By connecting with a database system Python can read and modify files. To create workflows in Software, this language is helpful. Python also supports a dynamic type system, automatic memory management, object-oriented and structured programming. Moreover, this programming language has the potential to support the various concepts in functional and aspect-oriented programming. Where the other programming languages use semicolon or parentheses to complete a command, Python uses new lines to complete it. Python Coding and Programming Python is one of the easiest computer languages to learn. The most striking part of this language is that it is widely used in NASA. The developers should focus on the quality of the source code to simplify its uses. Other programming languages never focused on the code readability, but Python is always ready to strengthen the code readability with the help of English keywords. Writing additional code is not necessary for Python to create custom applications. When you want to learn a language understood by computers, all over the world, you should take the help of this eBook. It supports several programming paradigms like logic programming and design by contract. In late 1980, as a legatee to the ABC language, the python was conceived. The exceptional powerful ideology of this programming language has influenced many other languages, like BOO, GOBRA, JULIA, RUBY, SWIFT, etc, and those languages hire Python designs for their development. A beginners Guide to Kali Linux The truth is: Kali Linux is an open-source project which is maintained and funded by Offensive Security. It provides state-of-the-art information security training and penetration testing services. Do you want to know more about Kali Linux? Do you want to increase your knowledge about Kali Linux? Read on…It is a Debian-based Linux distribution which aims at advanced penetration Testing and Security Auditing. There are various tools in Kali which look after information security tasks like Security Research, Computer Forensics, Penetration Testing, and Reverse Engineering. Released on 13th March, 2013, it is a comprehensive rebuild of the BackTrack Linux, maintaining the Debian development standards. Kali Linux includes more than 600 penetration testing tools. There were many tools in backtrack which needed a review as some of them did not work whereas the others were a duplicate of the tools having similar functions.