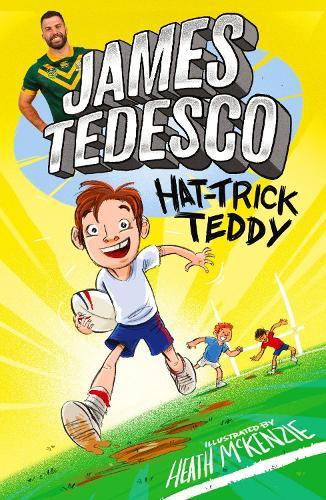 Twelve-year-old Teddy is a footy star in the making. He plays rugby league at home on the farm. He plays for the Menangle Meerkats with his friends from school.
But when a storm turns his team’s playing fields into a mud-pit, Teddy is faced with the worst decision of his life: if he wants to keep playing, he will need to switch teams from the Meerkats to their arch rivals - the Camden Rams. But can a Meerkat really be a Ram?
Based on James’s own footy-playing childhood, Hat-Trick Teddy encourages kids to follow their dreams regardless of the obstacles in their way. Perfect for fans of David Warner’s The Kaboom Kid!, Tim Cahill’s Tiny Timmy, Anh Do’s Weirdo series and the Treehouse series.
$14.99Add to basket ›