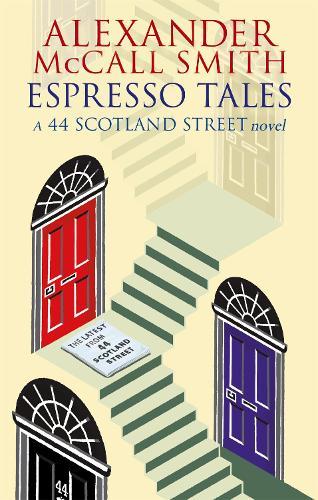 Bruce, the intolerably vain and perpetually deluded ex-surveyor, is about to embark on a new career as a wine merchant, while his long-suffering flatmate Pat MacGregor, set up by matchmaking Domenica Macdonald, finds herself invited to a nudist picnic in Moray Place in the pursuit of true love. Prodigious six-year-old Bertie Pollock wants a boy’s life of fishing and rugby, not yoga and pink dungarees, and he plots rebellion against his bossy, crusading mother Irene and his psychotherapist Dr Fairbairn. But when Bertie’s longed-for trip to Glasgow with his ineffectual father Stuart ends with Bertie taking money off legendary Glasgow hard man Lard O'Connor at cards, it looks as though Bertie should have been more careful what he wished for. And all the time it appears that both Irene Pollock and Dr Fairbairn are engaged in a struggle with dark secrets and unconscious urges of their own.

END_OF_DOCUMENT_TOKEN_TO_BE_REPLACED

The Department of Sensitive Crimes

The Charming Quirks Of Others

The Importance Of Being Seven

In The Company Of Cheerful Ladies