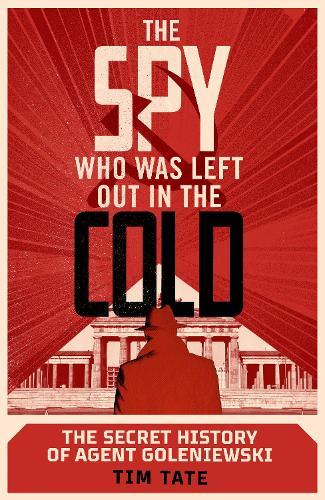 Spring 1958: a mysterious individual believed to be high up in the Polish secret service began passing Soviet secrets to the West.

His name was Michal Goleniewski and he remains one of the most important, least known and most misunderstood spies of the Cold War. Even his death is shrouded in mystery and he has been written out of the history of Cold War espionage - until now.
Tim Tate draws on a wealth of previously-unpublished primary source documents to tell the dramatic true story of the best spy the west ever lost and how Goleniewski exposed hundreds of KGB agents operating undercover in the West; from George Blake and the ‘Portland Spy Ring’, to a senior Swedish Air Force and NATO officer and a traitor inside the Israeli government. The information he produced devastated intelligence services on both sides of the Iron Curtain.
Bringing together love and loyalty, courage and treachery, betrayal, greed and, ultimately, insanity, Tim Tate tells the extraordinary true story of one of the most significant spies of the Cold War,
$35.00Add to basket ›

END_OF_DOCUMENT_TOKEN_TO_BE_REPLACED

The Grey Men: Pursuing the Stasi into the Present

The Day the World Stops Shopping

The New Age of Empire