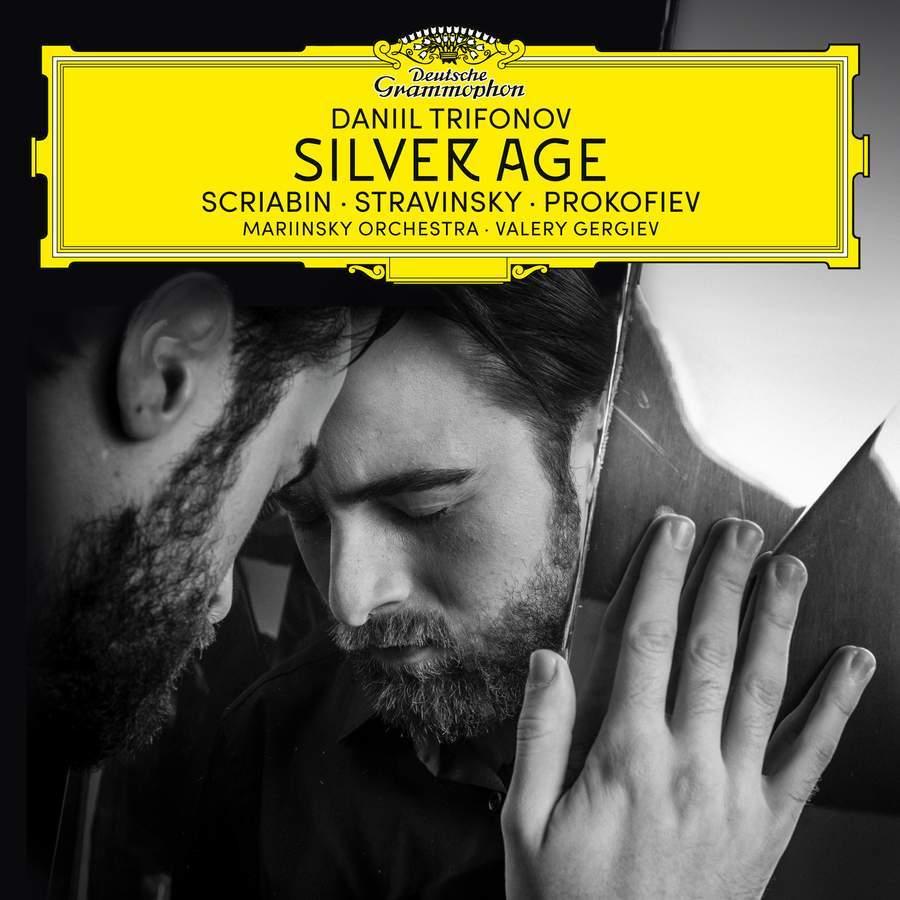 Daniil Trifonov’s new album, Silver Age, recorded with Valery Gergiev and the Mariinsky Orchestra, recalls a time when Russia’s composers, poets, artists, dramatists and star performers were among the most original anywhere in the world. It illustrates the artistic audacity and brilliance of a turbulent era in the country’s history with works by three of its most pioneering composers: Scriabin’s Concerto for Piano and Orchestra in F sharp minor Op.20, Prokofiev’s Piano Concerto No.2 in G minor Op.16 and Stravinsky’s Three Movements from Petrushka . The tracklist also comprises Stravinsky’s Serenade and excerpts from the composer’s piano suite version of The Firebird , together with Prokofiev’s Sarcasmes Op.17, Piano Sonata No.8 in B flat major Op.84 and the “Gavotte” from Cinderella Op.95 No.2

Daniil Trifonov’s choice of music mirrors the inventive variety of this brief but explosive cultural moment. “ Scriabin ,” he notes, “wished to combine all aesthetic experience in a single, mystical, musical vision; Stravinsky unified the arts through a radical re interpretation of ballet; Prokofiev , meanwhile, embraced cinema as the most complete and modern synthesis of the senses.”
Having paved the way for future artistic achievements, the spirit of Russia’s Silver Age is justly celebrated in these new recordings.

From 1890 through to the revolution and the first two decades of the 20th century, Russia was gripped with creative fever. The poets, musicians and artists of the era were all producing great works and it was dubbed ‘The Silver Age’, to differentiate it from ‘The Golden Age’ a century earlier. During this time Scriabin was ‘combining all aesthetic experience in a single, mystical, musical vision’, while Stravinsky revolutionised ballet, and Prokofiev ‘embraced cinema as the most complete and modern synthesis of the senses’.

Russian pianist Daniil Trifonov has taken these three giants of composition and, together with Valery Gergiev and the Mariinsky Orchestra, has created this somewhat epic two-disc set featuring their piano repertoire. The first disc is exclusively solo piano repertoire, including the delightfully named Sarcasms for Piano by Prokofiev and three movements arranged by Stravinsky from his Firebird Suite, with all the spiky edges you’d imagine. Scriabin’s Piano Concerto is on the second disc and has a lyricism I had never previously associated with his style; the opening strings of the Andante are gentle and sing so beautifully. As each variation continues to evolve through this movement, you feel Trifonov’s musical shaping take hold and get a sense of how Scriabin evolved into the mystic, synaesthesia-experiencing composer he became.

The true highlight of this recording, however, is Trifonov’s interpretations of each of these works. The Prokofiev Piano Sonata No. 8 starts with an odd-shaped theme that can’t quite seem to get a hold of itself – though at no point do you feel lost as the listener, or at least no more lost than Prokofiev was when he wrote it during World War II. In complete contrast are the Three Movements from Petrouchka by Stravinsky with their bright, balletic themes. As there are no dancers, Trifonov takes them and does whatever he wants with them, and it’s simply fun.