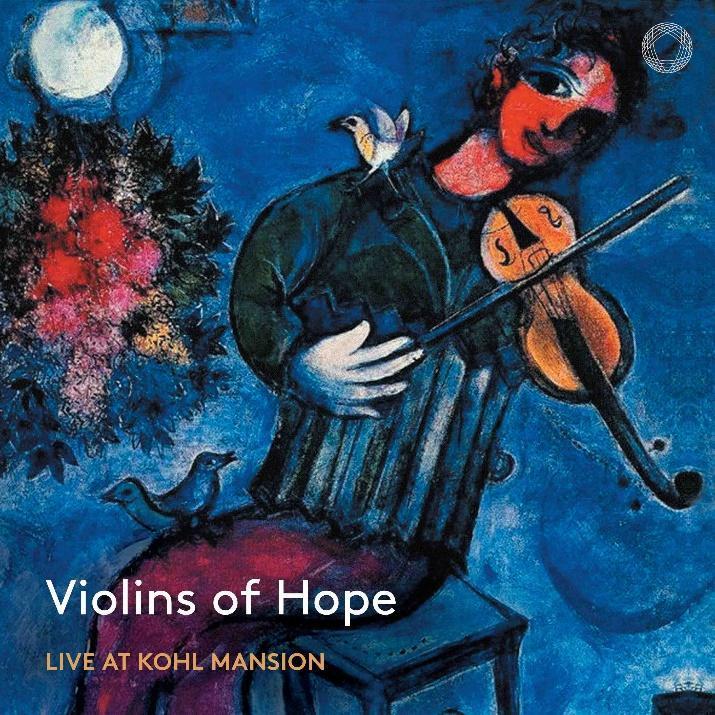 Violins of Hope presents instruments that were owned by Jewish musicians before and during the Holocaust, representing strength and optimism for the future during mankind’s darkest hour. They have been refurbished by luthiers Amnon and Avshalom Weinstein, founders of the Violins of Hope project. On this album, recorded live at Kohl Mansion, the instruments are used to perform two string quartet masterpieces by Schubert and Mendelssohn, alongside a new composition by Jake Heggie, inspired by the violins histories.
Schubert’s unfinished Quartettsatz is often considered Schubert’s first mature work, and displays a typically Schubertian mix of impetuous agitation and sublime lyricism. Mendelssohn wrote his Quartet in F Minor as a Requiem for his deceased sister Fanny, not knowing that tragically enough he would follow her fate only two months later, at the age of 38. These two captivating works are performed by Kay Stern, Dawn Harms, Patricia Heller and Emil Miland, who join forces with mezzo-soprano Sasha Cooke, violinist Daniel Hope and the young violin talent Sean Mori on Heggie’s INTONATIONS: Songs of the Violins of Hope. The recording took place in the context of Holocaust Memorial Day 2020.
$24.95Add to basket ›