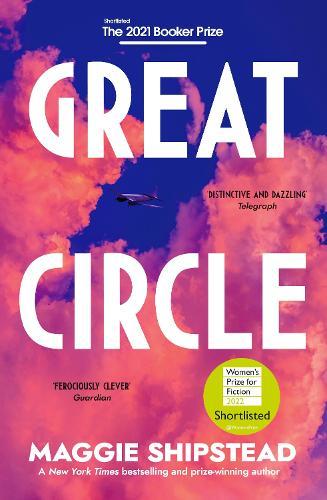 A breath-takingly powerful epic that weaves together the astonishing lives of a 1950s vanished female aviator and the rebel-hearted Hollywood millennial who plays her on screen. A stand-out American literary work in the same league as THE GOLDFINCH and ALL THE LIGHT WE CANNOT SEE SHORTLISTED FOR THE BOOKER PRIZE 2021 ‘A gripping historical adventure that feels sharp, fresh and modern’ STYLIST ‘An amazing literary feat’ CURTIS SITTENFELD ‘A masterpiece’ NIGELLA LAWSON A soaring, breathtakingly ambitious novel that weaves together the astonishing lives of a 1950s vanished female aviator and the modern-day Hollywood actress who plays her on screen. For fans of TAYLOR JENKINS REID, WILLIAM BOYD and ANN PATCHETT ————— _______________________ I WAS BORN TO BE A WANDERER From the night she is rescued as a baby out of the flames of a sinking ship; to the day she joins a pair of daredevil pilots looping and diving over the rugged forests of her childhood, to the thrill of flying Spitfires during the war, the life of Marian Graves has always been marked by a lust for freedom and danger. In 1950, she embarks on the great circle flight, circumnavigating the globe. It is Marian’s life dream and her final journey, before she disappears without a trace. Half a century later, Hadley Baxter, a scandal-ridden Hollywood actress whose own parents perished in a plane crash is irresistibly drawn to play Marian Graves, a role that will lead her to probe the true mystery behind the vanished pilot. _________________________________________ ‘Extraordinary’ NEW YORK TIMES ‘Full of adventure, passion and tragedy’ THE TIMES ‘Soars from the very first page’ SUNDAY EXPRESS ‘Luminous, masterful. Glides seamlessly through 20th century history’ TELEGRAPH ‘Breathtaking’ OBSERVER