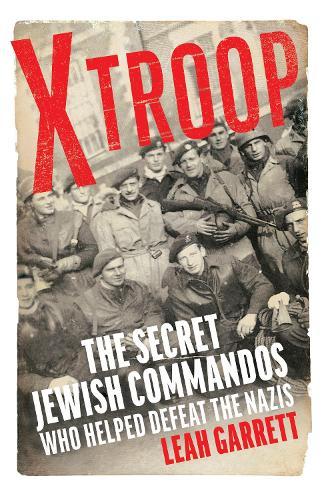 During WW2, a group of Jewish refugees (intellectuals, writers, artists and athletes - most from Germany and Austria) escaped to Britain and were interned as ‘enemy aliens’. In 1942, they were selected and trained to form a special unit of commandoes who would be sent back into Europe to play a significant role in the final battles against the Nazis.

Based on original archival research, interviews and a cache of newly discovered sources, this is a book brimming with camaraderie, heroism and high-octane storytelling, as it tells the dramatic story of the X-Troop men who helped to defeat the Nazis and liberate the concentration camps where their families had either been killed or imprisoned.
$35.00Add to basket ›

END_OF_DOCUMENT_TOKEN_TO_BE_REPLACED

The Grey Men: Pursuing the Stasi into the Present

The Day the World Stops Shopping

The New Age of Empire