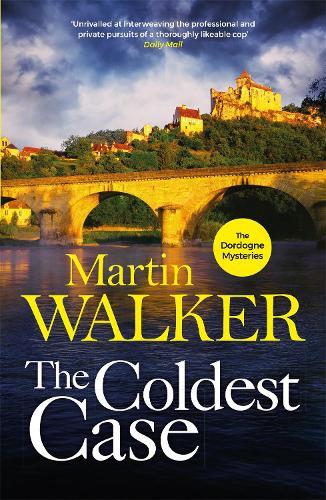 Bruno Courreges is Chief of Police of the lovely town of St Denis in the Dordogne. His main wish is to keep the local people safe and his town free from crime. But crime has a way of finding its way to him.

For thirty years, Bruno’s boss, Chief of Detectives Jalipeau, known as J-J, has been obsessed with his first case. It was never solved and Bruno knows that this failure continues to haunt J-J. A young male body was found in the woods near St Denis and never identified. For all these years, J-J has kept the skull as a reminder. He calls him ‘Oscar’.
Visiting the famous pre-history museum in nearby Les Eyzies, Bruno sees some amazingly life-like heads expertly reconstructed from ancient skulls. He suggests performing a similar reconstruction on Oscar as a first step towards at last identifying him. An expert is hired to start the reconstruction and the search for Oscar’s killer begins again in earnest.
$32.99Add to basket ›