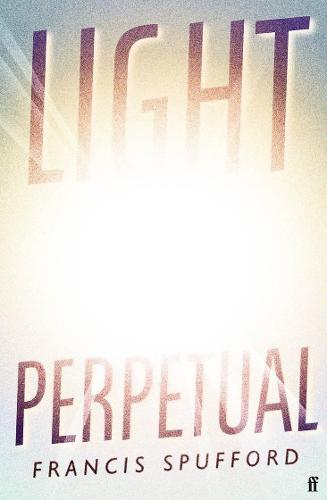 1944. It’s a Saturday lunchtime on Bexford High Street. The Woolworths has a new delivery of aluminum saucepans, and a crowd has gathered to see the first new metal in a long time. Everything else has been melted down for the war effort.
An instant later, the crowd is gone. Incinerated. Atomised.
Among that crowd were five little children. What future did they lose? The only way to know is ‘to let run some other version of the reel of time, where might-be and could-be and would-be. still may be’. Ingenious and profound, full of warmth and beauty, Light Perpetual is a story of the everyday, the miraculous and the everlasting - a sweeping and intimate celebration of the gift of life.

It starts with a bang. November 1944. A Saturday lunchtime on the Bexford high street, a fictional South London neighbourhood. There’s a buzz at Woolworths, the kind explained by wartime rationing: a gleaming delivery of saucepans, the first in years. Five working-class kids – sisters Jo and Val, Alec, Ben, and Vernon – are with their mums. There’s a buzz overhead too, as a German V-2 rocket heads their way. It strikes, flattening the scene. All those lives extinguished, just like that.

That’s the vivid scene that opens Francis Spufford’s elegant new novel Light Perpetual. It draws on real events: a German rocket did decimate a South London Woolworths in 1944 and killed 168 people, including 15 children under the age of 11. Spufford has passed the plaque that commemorates this loss every day for over a decade, and it planted a seed. Jo, Val, Alec, Ben and Vernon aren’t real, but they could be any of the children who died that day. Stretching out from this prologue, Spufford imagines an alternative history of the five lives that might have been lived, brightly lit.

Checking in with his quintet at 15-year intervals from 1949 to 2009, Spufford’s style is warm and intimate. Via a montage of episodes, he spends a day at a time with each character as they grow older and mostly wiser; we fill in the gaps, as time moves forward, both slowly and with speed.

Light Perpetual is interested in the imperfect fragments that comprise a day and ultimately a whole life. Spufford notices and observes; his great strength is how he renders the minutiae of everyday life – the highs, the disappointments, the washing up. Light Perpetual is a quiet, beautiful, and profound novel. It is a reminder that in all human calamities, we are more than just anonymous bodies in a crowd.

A Town Called Solace: LONGLISTED FOR THE BOOKER PRIZE 2021