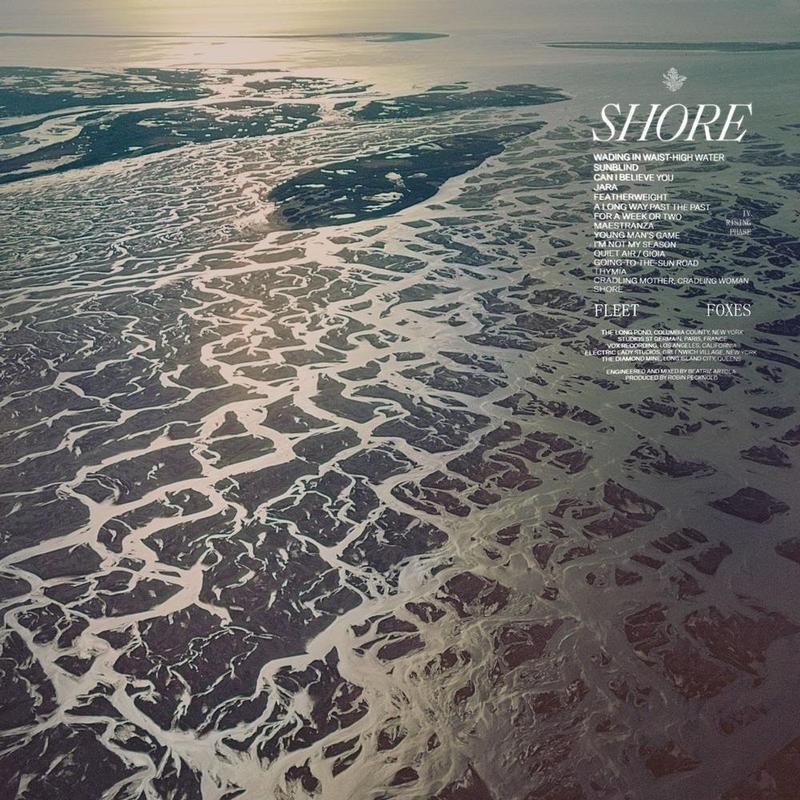 A bright and hopeful album, Shore was recorded before and during quarantine in Hudson (NY), Paris, Los Angeles, Long Island City and New York City from September 2018 until September 2020 with the help of recording and production engineer Beatriz Artola.
The fifteen song, fifty-five minute album was initially inspired by frontman Robin Pecknold’s musical heroes such as Arthur Russell, Nina Simone, Sam Cooke, Emahoy Tsegué-Maryam Guebrou and more who, in his experience, celebrated life in the face of death. “I see "shore” as a place of safety on the edge of something uncertain, staring at Whitman’s waves reciting ‘death,‘“ commented Pecknold. "Tempted by the adventure of the unknown at the same time you are relishing the comfort of the stable ground beneath you. This was the mindset I found, the fuel I found, for making this album.”
Of Shore Pecknold also says, “Shore feels like a relief, like you’d feel when your feet finally hit sand after getting caught in a riptide. It’s a celebration of life in the face of death, honoring our lost musical heroes, from David Berman to John Prine to Judee Sill to Bill Withers, embracing the joy and solace they brought to our lives and honoring their memory.”

As cynical as we’ve all become, there’s nothing quite like listening to a new release from a band so consistently strong and beautiful that you can’t help but feel hopeful. The new Fleet Foxes album Shore opens gently, soft waves lapping at the shore of your speakers, before the band whips everything into strong waves that throw you breathlessly into the deep, longed-for pull of their sound.

Frontman Robin Pecknold calls this the ‘friendly brother’ of the band’s 2017 album Crack-Up. It’s a warm, cleanly produced indie folk album, with through-lines of nature and loose allusions to lockdown – the album began to take shape in 2019, its focus sharpening as Pecknold drove around New York state during quarantine. This music is so contemporary yet never denies what came before. We see a literal example of this in ‘Sunblind’, where Pecknold sings of swimming for a week in warm American water, while tributes flow softly in the background for influential musicians like Jeff Buckley, Jimi Hendrix, Judee Sill and John Prine. A more oblique homage to Buckley’s sound can be heard in the beautiful ‘Maestranza’. Despite these references, Fleet Foxes are always so resolutely themselves, from the disarming, incredible hook of ‘Can I Believe You’, which has played through my head since I first heard it; to ‘Jara’, a song so free and light, you’ll want to hop a ride on its tailwind as you leap through the world or drive your car with abandon to it on a sunny day. There’s also the heightened folk sounds of ‘Featherweight’, an ethereal song that could have sprung from a radio some 50 years ago, with an underlying darkness and a bubbling piano like a cascading brook.

Much like Grand Salvo’s equally oceanic 2018 release Sea Glass, Shore is an album with an ebb and flow. It’s one to be grateful for as we farewell a summer we’ll always remember.