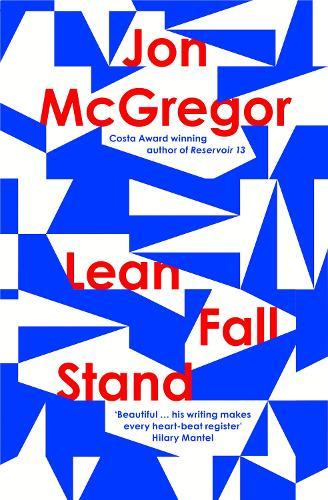 A beautiful piece of work … it leaves the reader moved and subtly changed, as if she had become part of the story' Hilary Mantel
When an Antarctic research expedition goes wrong, the consequences are far-reaching - for the men involved and for their families back home.
Robert “Doc” Wright, a veteran of Antarctic field work, holds the clues to what happened, but he is no longer able to communicate them. While Anna, his wife, navigates the sharp contours of her new life as a carer, Robert is forced to learn a whole new way to be in the world.
Award-winning novelist Jon McGregor returns with a stunning novel that mesmerizingly and tenderly unpicks the notion of heroism and explores the indomitable human impulse to tell our stories - even when words fail us. A meditation on the line between sacrifice and selfishness this is a story of the undervalued, unrecognised courage it can take just to get through the day.

We start in peril. This is Antarctica; the weather can, and will, change without a moment’s notice. This is the first season working at the bottom of the earth for Thomas and Luke whereas Robert, or ‘Doc’, is an old hand at this, with over thirty years’ experience. But even Robert isn’t prepared for what goes wrong during the storm. What happens changes the lives of all three men, and the lives of their families back home. But what went wrong, and whose fault it is, is not clear. Robert may have the answers, but he can no longer communicate them. Burdened with caring for him, his wife Anna’s life is also irrevocably changed by the crisis.

Even with its thrilling beginning, I was initially unsure if this new novel by Jon McGregor was for me. I absolutely adored his Booker longlisted work Reservoir 13, but I couldn’t quite reconcile the quiet power of that domestic drama with this Antarctic thriller. My concerns, however, were misplaced. Lean Fall Stand moves effortlessly from thriller to a much more heart-wrenching story of family and survival. As always, McGregor’s greatest talent lies in his ability to see every one of his characters as a fully-fledged human being. Even the most peripheral of characters has an undeniable humanity and a completely original personality. I don’t think he could write a stock character if he tried.

Once again, McGregor has produced a bold, moving and stunning work of literature. This is a novel of survival in the harshest conditions – the terrain of the Antarctic – and in the wake of unspeakable tragedy and hardship.

Tristen Brudy is a bookseller for Readings Carlton.