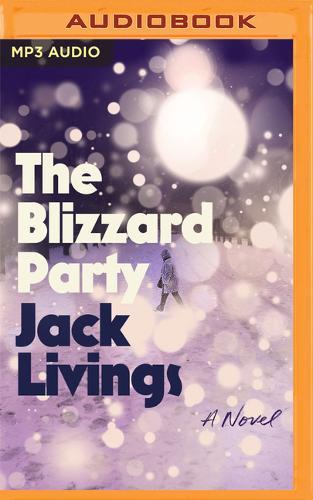 A panoramic novel set in New York City during the catastrophic blizzard of February 1978 On the night of February 6, 1978, a catastrophic nor'easter struck the city of New York. On that night, in a penthouse in the Upper West Side’s stately Apelles, a crowd gathered for a wild party. And on that night, Mr. Albert Haynes Caldwell a partner emeritus at Swank, Brady & Plescher; Harvard class of ‘26; father of three; widower; atheist; and fiscal conservative hatched a plan to fake a medical emergency and toss himself into the Hudson River, where he would drown. In the eye of this storm: Hazel Saltwater, age six. The strange events of that night irrevocably altered many lives, but none more than hers. The Blizzard Party is Hazel’s reconstruction of that night, an exploration of love, language, conspiracy, auditory time travel, and life after death. Cinematic, with a vast cast of characters and a historical scope that spans WWII Poland, the lives of rich and powerful Manhattanites in the late 1970’s, and the enduring effects of 9/11, The Blizzard Party is an epic novel in the form of a final farewell.