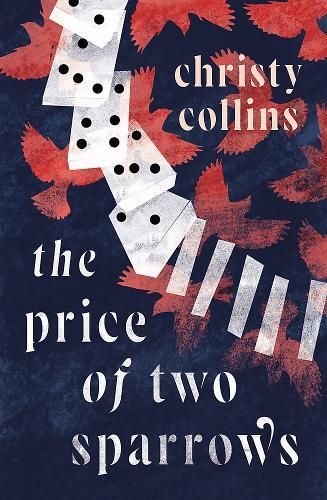 Heico is an ornithologist fighting a losing battle to protect the birds in his beachside suburb. When a journalist asks for comment on a planned development, Heico exaggerates his reports on how many migratory birds use the site. Soon it is revealed that the proposed building is a mosque, and he finds himself embroiled in community resistance to the project. Still, he refuses to back down. As the delayed mosque project becomes a focal point for growing Islamophobia, Heico must confront his own ghosts, and the prejudices he insists he doesn’t have.
Nahla is Heico’s house cleaner. Having recently arrived in Australia she is trying to find her place in a new country and a new marriage. Isolated and lonely, she sees the mosque as a symbol of what she hopes to find in Australia: community, familiarity, acceptance. But as resistance to the project intensifies, she must summon the courage and the language to speak out and claim her space in this new life.
Piercingly clear-eyed and deeply insightful, The Price of Two Sparrows explores what we hold sacred and why. It delicately picks apart questions of community and prejudice, religion and nature in the modern world. This is a beautiful and thought-provoking debut from an exceptional new Australian writer.

In a Sydney beachside suburb in early 2004, a block of land next to a bird sanctuary has been purchased by members of the Muslim community to build a mosque. The mosque has been designed by talented young architect Salema with the intention of incorporating the natural environment to create a peaceful area for people to gather and pray. Meanwhile ornithologist Heico has been asked by the media to comment on the upcoming development and its effect on the migratory birds in that vicinity. Unaware what the proposed development is, Heico sends compromised information to a paper which overlays years of data onto the one map thus exaggerating the visitation rate of birds to the area.

The Price of Two Sparrows is the debut novel from Christy Collins, a writer from an academic background whose fiction talents have already been recognised through the 2015 Viva La Novella Prize (among other achievements). Collins’s background in both the academic and the creative has produced a unique and intelligent piece of work that explores the things people hold sacred and the importance and challenges of creating and protecting sacred spaces. Salema is a wonderful character: purposeful and confident, yet realistic. She is a perfect complement to Nahla (Heico’s cleaner) who has recently moved to Australia and is exactly the type of person for whom the mosque is being built. Most intriguing, however, is Kadim, the teller of fables and stories and the only character written in first person.

I had to spend days thinking about this book before I could even attempt to start writing about it and I have a feeling that’s exactly what Collins wants us to do. She presents the issues in all their complexity and readers are asked to respond by drawing on their own experiences and beliefs. This is a perfect book for both private contemplation and discussion with others.

Amanda Rayner is works as a bookseller at Readings Carlton