Victoire: A Wartime Story of Resistance, Collaboration and Betrayal 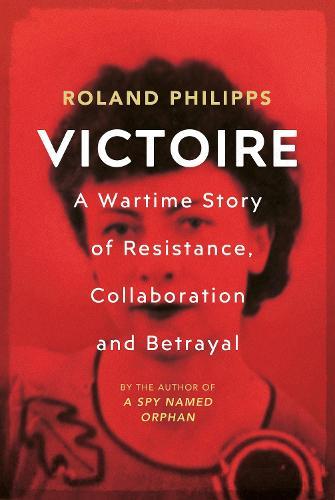 Victoire: A Wartime Story of Resistance, Collaboration and Betrayal

Victoire is about Mathilde Carré - codenamed ‘La Chatte’, the cat, then known as Agent Victoire - who was the exceptionally charismatic and daring founder of the ‘Big Network’. This was the first Allied intelligence network in Occupied France, which soon grew central to Resistance efforts and to be a lifeline of crucial information to an isolated Britain. But her allegiances become more complex when the network is rolled up by the Germans and she makes a fateful compromise. She first becomes a double agent before later trying to persuade the British to back her as a triple agent.

Mathilde’s story and that of the network she helped build has never been fully told before. This book will draw on a wide range of sources including recently declassified material to do that. (Elusive to the last, she was thought to have died in 1970 but may in fact have lived as a recluse until 2007 and the age of 98.)
Victoire shares the themes of compromise and duplicity which Roland explored with such success in A Spy Named Orphan. As he writes, ‘Mathilde Carré’s life is a three-act tragedy: the woman who does right, the woman who does wrong, the woman who tries to redeem herself but can never be fully trusted.’
$35.00Add to basket ›

END_OF_DOCUMENT_TOKEN_TO_BE_REPLACED

The God Equation: The Quest for a Theory of Everything