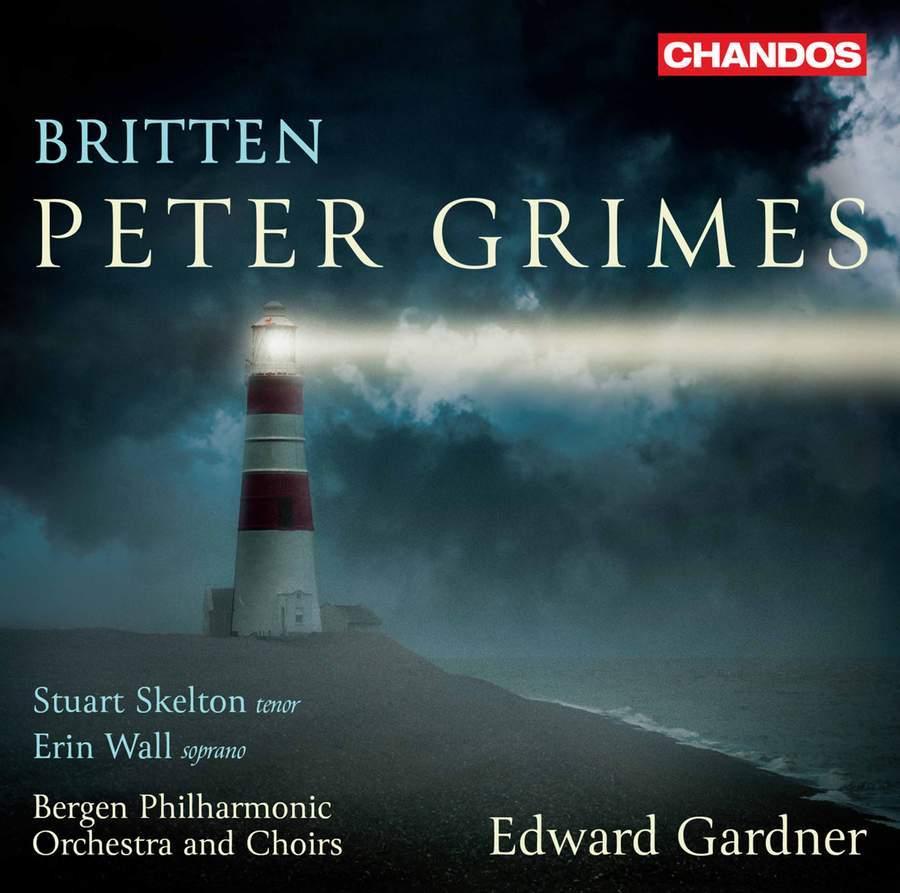 ‘The burly Aussie tenor is now even more identified with this ill-fated protagonist than Peter Pears, the first Grimes. And everywhere Skelton has sung the part, whether at English National Opera, the Proms, the Edinburgh festival or now on this international tour of a concert staging mounted by the Bergen Philharmonic, the conductor has been Edward Gardner. Theirs is one of the great musical partnerships, and they continue to find compelling new depths in this tragic masterpiece.’ – Richard Morrison, The Times
This studio recording was made following the acclaimed production at Grieghallen, in Bergen, in 2019 (repeated in Oslo and London and reviewed above). Luxuriant playing from the Bergen Philharmonic and a stellar cast under the assured direction of Edward Gardner make this a recording to treasure.

To visit Benjamin Britten’s home of Aldeburgh is to enter the world of Peter Grimes. Standing on the beach, listening to the waves roll in from the North Sea, is to hear the very sound that inspired the moving Sea Interludes; just as listening to a recording of Peter Grimes (1945) is to be transported to Aldeburgh, to hear those very same waves, to smell the fish, and to feel the pebbled beach beneath one’s feet.

In many ways, Peter Grimes is about longing, belonging, and place. Britten’s inspiration for the opera came when he was living in America, far from his English homeland, and he happened upon E.M. Forster’s Listener article on George Crabbe’s narrative poem ‘The Borough’, in which Peter Grimes is a central figure. Britten, being a fellow East Anglian, found in the article both a purpose for his art and a calling home. He and partner Peter Pears eventually returned to England, where his new opera based on Crabbe’s poem would premiere at Sadler’s Wells in 1945. There are themes in Peter Grimes relevant to every time – oppression, loss of innocence, and intolerance – but, for its emphasis on social isolation, it does feel particularly pertinent to our time.

This new Chandos recording of Peter Grimes is as evocative as Britten’s 1948 original. Australian tenor Stuart Skelton performs the title role, alongside a fabulous line-up of singers. Canadian soprano Erin Wall is a standout as the widow and schoolmistress Ellen Orford – her performance of ‘Embroidery in childhood’ is truly spine-tingling – and baritone Roderick Williams is a lush-voiced and authoritative Captain Balstrode. However, the Bergen Philharmonic Orchestra – directed by Edward Gardner – gives the most affecting performance of all, summoning in the Interludes the tumult and danger of a storm on the North Sea. A landmark recording of Peter Grimes.