Yesterday’s Tomorrow: On the Loneliness of Communist Specters and the Reconstruction of the Future 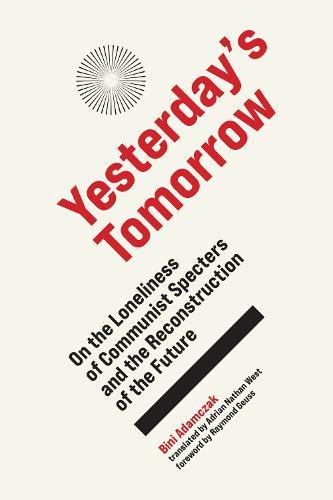 Yesterday’s Tomorrow: On the Loneliness of Communist Specters and the Reconstruction of the Future

How the communist revolution failed, presented in a series of catastrophes. The communist project in the twentieth century grew out of utopian desires to oppose oppression and abolish class structures, to give individual lives collective meaning. The attempts to realize these ideals became a series of colossal failures. In Yesterday’s Tomorrow, Bini Adamczak examines these catastrophes, proceeding in reverse chronological order from 1939 to 1917. Adamczak reflects on the Hitler-Stalin Pact, the Great Terror of 1937, the failure of the European Left to prevent National Socialism, Stalin’s rise to power, and the bloody rebellion at Kronstadt, as she seeks a future that never happened.