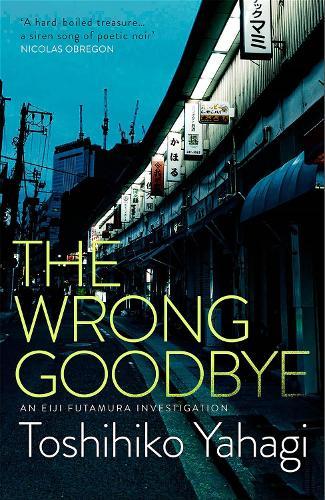 After the frozen corpse of immigrant barman Tran Binh Long washes up in midsummer near Yokosuka U.S. Navy Base, Futamura meets a strange customer from Tran’s bar. Vietnam vet pilot Billy Lou Bonney talks Futamura into hauling three suitcases of “goods” to Yokota US Air Base late at night and flies off leaving a dead woman behind.
Thereby implicated in a murder suspect’s escape and relieved from active duty, Futamura takes on hack work for the beautiful concert violinist Aileen Hsu, a “boat people” orphan whose Japanese adoption mother has mysteriously gone missing. And now a phone call from a bestselling yakuza author, a one-time black marketeer in Saigon, hints at inside information on “former Vietcong mole” Tran and his “old sidekick” Billy Lou, both of whom crossed a triad tycoon who is buying up huge tracts of Mekong Delta marshland for a massive development scheme.
As the loose strands flashback to Vietnam, the string of official lies and mysterious allegiances build into a dark picture of the U.S.-Japan postwar alliance.
Translated from the Japanese by Alfred Birnbaum
$32.99Add to basket ›