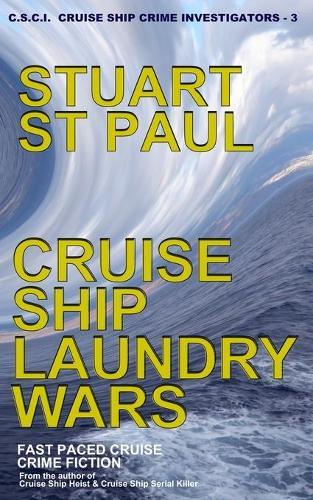 CSCI Cruise Ship Crime Investigators take on a new member, Bedriska. She is a Russian whom they know little about, other than she is the partner of Georgie who has always spoken highly of her. Georgie is the woman Kieron owns a beach-front house within an ever more complicated triangle. Actually, he doesn’t know much about Georgie. Still recovering from a very nasty head injury, Commander Philips is sent by his partner, Hunter, to join a cruise ship with a seemingly simple problem; fights and disturbances in the laundry. However, nothing is simple. Bedriska, Georgie’s partner and the woman Kieron had a fling with, has to be the undercover wife of the Commander and share the same cabin. Bedriska knows that Hunter has played down Kieron’s medical condition to get him to travel, but does she really care? Has she really got his back? Nothing is as it seems as the cruise ship sails. The guests must never know the pattern of small problems. They can never know of the sinister trail of bodies falling prey around the Mediterannean. They did not expect the blood and human trafficking on a ship.