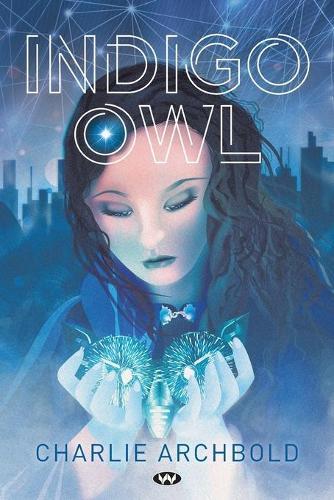 After Earth was destroyed by climate change and overpopulation, private corporations colonised new planets. On one such planet, Galbraith, the fertility of its citizens is tightly controlled. But at what cost?
When Scarlet Bergen leaves her childhood home to be trained at the Arcadia Institute, harnessing her psychic Solitaire talents, it feels like the beginning of her future. But on the Institute steps, her father whispers a life-changing secret about the past. Her mother, a geneticist who disappeared when Scarlet was ten, had enemies … Scarlet vows to discover the truth about her mother - and is joined in her mission by fellow cadets with their own family secrets and special talents: tech-savvy Rumi, a tenacious truth-hunter, and Dylan, the aloof classmate who can literally read her mind. Together, they’ll uncover a planet-wide conspiracy … and discover that there’s little the Galbraith Executives won’t do to get what they want.
Indigo Owl is a fast-paced dystopian adventure from author Charlie Archbold, winner of a 2018 Children’s Book Council of Australia Honour Book for Older Readers.
$24.95Add to basket ›