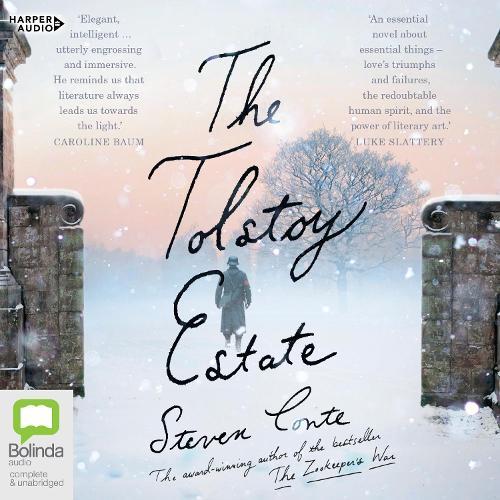 From the winner of the inaugural Prime Minister’s Literary Award, comes a powerful, densely rich and deeply affecting tale of love, war and literature. Epic in scope, ambitious and astonishingly good, The Tolstoy Estate proclaims Steven Conte as one of Australia’s finest writers. During the doomed German invasion of Russia in World War II, Paul Bauer, a German military doctor, is assigned to establish a field hospital at Yasnaya Polyana - the former grand estate of Count Leo Tolstoy, the author of the classic War and Peace. There he encounters a hostile aristocratic Russian writer, Katerina Trubetzkaya, who has been left in charge of the estate. But even as a tentative friendship develops between them, Bauer’s arrogant commanding officer, Julius Metz, becomes erratic and unhinged as the war turns against the Germans. Over the course of six weeks, in the terrible winter of 1941, everything starts to unravel … The Tolstoy Estate is an engrossing, intense and compelling exploration of the horror and brutality of conflict, and the moral, emotional, physical and intellectual limits that people reach in wartime.