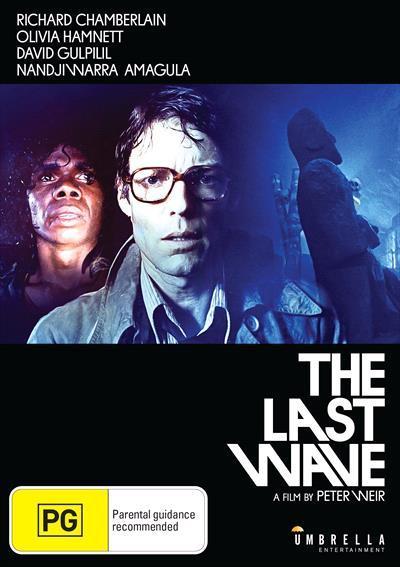 Internationally acclaimed filmmaker Peter Weir (Oscar nominated director of Picnic at Hanging Rock, Gallipoli and Witness) explores a startling world on the brink of apocalypse in The Last Wave, a time and place where Mother Nature and human nature are destined to collide in catastrophic disaster.
When lawyer David Burton is assigned a case to defend a group of indigenous Australian men, he is unprepared for the nightmares and dreamscapes ahead. Accused of murdering one of their own, the men stand trial amidst suspicious circumstances and, as Burton becomes plagued by unsettling visions, he is drawn to the mysterious Chris Lee for answers to his torment. As the erratic climate turns dangerous, Burton senses a greater power at play, where tribal customs and the ancient ideas of Dreamtime may be more than just an ominous warning.
Featuring atmospheric cinematography by Oscar winner Russell Boyd, The Last Wave is a haunting journey into the depths of the unknown, where dreams and nightmares conspire as one.
$24.95Add to basket ›