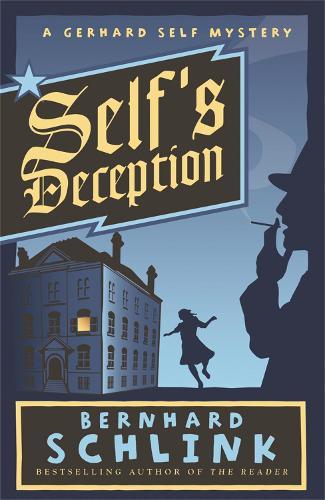 In Self’s Deception, private investigator Gerhard Self receives a request to track down the daughter of Herr Salger, the Assistant Secretary of Bonn, who’s been absent from her translation classes at the university. Repelled by the pomposity of the government official, he rejects the case. But an insistent letter–and five thousand marks–changes his mind. After discrete interrogations at her school and her former residences, and a quick survey of the local hospitals, it turns out she washed up at a psych ward where he’s told she had fallen out a window earlier that week and died. He quickly decides this is a lie, and decides one of the doctors is covering for her. Self quickly discovers that his quarry was involved in a terrorist incident–but a terrorist incident that the government is clearing covering up. Self helps the woman escape, finds out his own client is not Herr Salger at all but another terrorist. Now the mystery becomes what exactly happened at the military arms depot that the government doesn’t want made public.

END_OF_DOCUMENT_TOKEN_TO_BE_REPLACED

Guilt About the Past