The Big Front Yard: And Other Stories 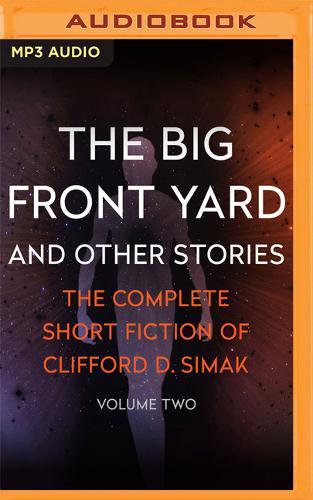 The Big Front Yard: And Other Stories

Tales of the unknown in which a fix-it man crosses into another dimension - and more Hiram Taine is a handyman who can fix anything. When he isn’t fiddling with his tools, he is roaming through the woods with his dog, Towser, as he has done for as long as he can remember. He likes things that he can understand. But when a new ceiling appears in his basement - a ceiling that appears to have the ability to repair television sets so they’re better than before - he knows he has come up against a mystery that no man can solve. Winner of the Hugo Award for Best Novelette, The Big Front Yard is a powerful story about what happens when an ordinary man finds reality coming apart around him. Along with the other stories in this collection, it is some of the most lyrical science fiction ever published. Each story includes an introduction by David W. Wixon, literary executor of the Clifford D. Simak estate and editor of this book.