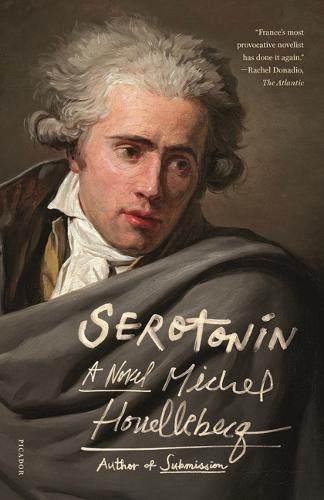 Michel Houellebecq’s Serotonin is a caustic, frightening, hilarious, raunchy, offensive, and politically incorrect novel about the decline of Europe, Western civilization, and humanity in general. Deeply depressed by his romantic and professional failures, the aging hedonist and agricultural engineer Florent-Claude Labrouste feels he is dying of sadness. He hates his young girlfriend, and the feeling is almost certainly mutual; his career is pretty much over; and he has to keep himself thoroughly medicated to cope with day-to-day life. Suffocating in the rampant loneliness, consumerism, hedonism, and sprawl of the city, Labrouste decides to head for the hills, returning to Normandy, where he once worked promoting regional cheeses and where he was once in love, and even–it now seems–happy. There he finds a countryside devastated by globalization and by European agricultural policies, and encounters farmers longing, like Labrouste himself, for an impossible return to a simpler age. As the farmers prepare for what might be an armed insurrection, it becomes clear that the health of one miserable body and of a suffering body politic are not so different, and that all parties may be rushing toward a catastrophe that a whole drugstore’s worth of antidepressants won’t make bearable.