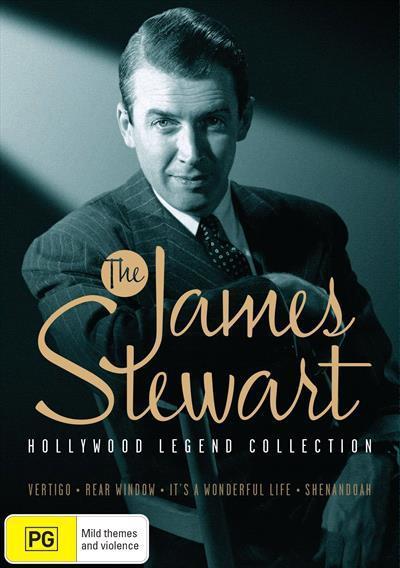 Vertigo:
Set in San Francisco, James Stewart portrays an acrophobic detective hired to trail a friend’s suicidal wife (Kim Novak). After he successfully rescues her from a leap into the bay, he finds himself becoming obsessed with the beautifully troubled woman. One of cinema’s most chilling romantic endeavours: its fascinating myriad of haunting camera angles shot among some of San Francisco’s renowned landmarks.
Rear Window:
When professional photographer J.B “Jeff” Jeffries (James Stewart) is confined to a wheelchair with a broken leg, he becomes obsessed with watching the private dramas of his neighbours play out across the courtyard. When he suspects a salesman may have murdered his nagging wife, Jeffries enlists the help of his glamorous socialite girlfriend (Grace Kelly) to investigate the highly suspicious chain of events…
It’s a Wonderful Life:
Voted the #1 Most Inspiring Film Of All Time by AFI’s 100 Years… 100 Cheers, It’s a Wonderful Life has had just that. With the endearing message that “no one is a failure who has friends,” Frank Capra’s heartwarming masterpiece continues to endure, and after over 70 years this beloved classic still remains as powerful and moving as the day it was made.
Shenandoah:
Shenandoah tells the dramatic story of a man caught in a dilemma, James Stewart stars as a Virginia farmer during the Civil War. He refuses to support the Confederacy because he is opposed to slavery, yet he will not support the Union because he is deeply opposed to war. When his son is taken prisoner, Stewart goes to search for the boy. Seeing first-hand the horrors of war, he is at last forced to take his stand.
$29.95Add to basket ›

END_OF_DOCUMENT_TOKEN_TO_BE_REPLACED

Of Love and Lies (DVD)