The Secret Identity of Devon Delaney 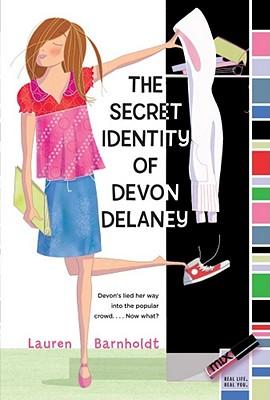 The Secret Identity of Devon Delaney

That’s because while Devon was living with her grandmother for the summer, she told her summer friend, Lexi, that she was really popular back home and dating Jared Bentley, only the most popular guy at school. Harmless lies, right? Wrong. Not when Lexi is standing at the front of Devon’s class, having just moved to Devon’s town. Uh-oh. Devon knows there’s only one way to handle this - she’ll just have to become popular! But how is Devon supposed to accomplish that when she’s never even talked to Jared, much less dated him?! And it seems the more Devon tries to keep up her image, the more things go wrong. Her family thinks she’s nuts, her best friend won’t speak to her, and, as if it’s not all complicated enough, Jared starts crushing on Lexi and Devon starts crushing on Jared’s best friend, Luke. It all has Devon wondering - who is the real Devon Delaney?