Girl with a Sniper Rifle: An Eastern Front Memoir 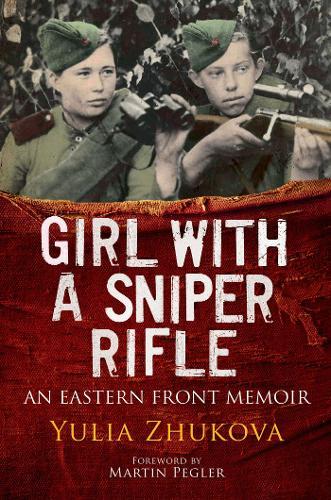 Girl with a Sniper Rifle: An Eastern Front Memoir

In this vivid first-hand account we gain unique access to the inner workings of Stalin’s Central Women’s Sniper School, near Podolsk in Western Russia. Luliia was a dedicated member of the Komsomol (the Soviet communist youth organisation) and her parents worked for the NKVD. She started at the sniper school and eventually became a valued member of her battalion during operations against Prussia. She persevered through eight months of training before leaving for the Front on 24th November 1944 just days after qualifying. Joining the third Belorussian Front her battalion endured rounds of German mortar as well as loudspeaker announcements beckoning them to come over to the German side. Luliia recounts how they would be in the field for days, regularly facing the enemy in terrifying one-on-one encounters. She sets down the euphoria of her first hit and starting her battle count but her reflection on how it was also the ending of a life. These feelings fade as she recounts the barbarous actions of Hitler’s Nazi Germany. She recall how the women were once nearly overrun by Germans at their house when other Red Army formations had moved off and failed to tell them. She also details a nine-day stand-off they endured encircled by Germans in Landsberg.