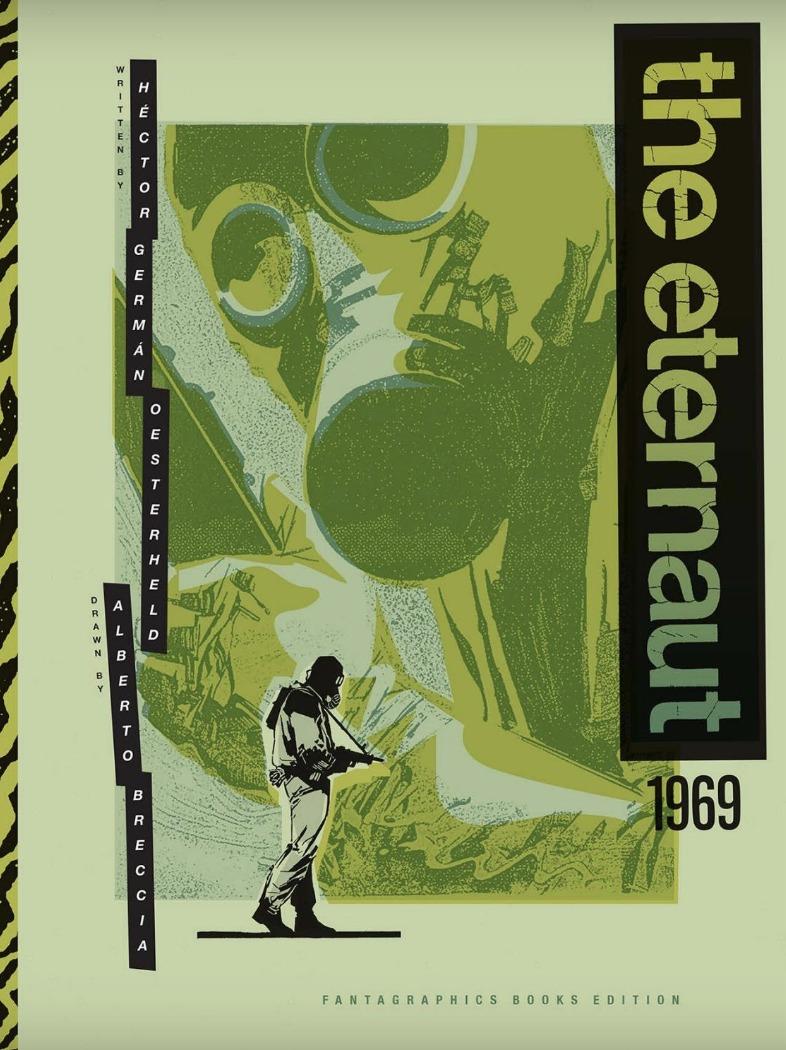 The 1950s version of The Eternaut, a seminal Argentine work, is drawn in F. Solano Lopez’s clean, orderly comics art style. In the 1969 reboot, the darker tone is reflected in Breccia’s Expressionist art. In The Eternaut 1969, the great world powers have forsaken South America to alien invaders, and POV character Juan Salvo, along with his friend Professor Favalli, metalworker Franco, and neighbor Susanna, join the resistance in Buenos Aires with the knowledge that the outside world will not come to their aid. Through the lenses of these timeless characters, the politically prescient creators ask readers to consider the implications of global domination by the great powers before it’s too late.