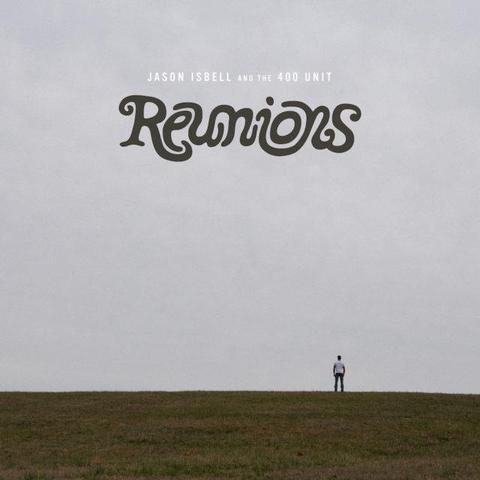 Grammy Award-winning singer, songwriter and musician Jason Isbell and his band the 400 Unit will release their highly anticipated new album, Reunions.
Produced by Grammy Award-winning producer Dave Cobb and recorded at Nashville’s historic RCA Studio A, the album features 10 new songs written by Isbell.
Reunions is Isbell’s seventh full-length studio album and the fourth released with his band, the 400 Unit: Derry deBorja (piano, keyboard, organ, omnichord), Chad Gamble (drums, tambourine), Jimbo Hart (bass), Amanda Shires (fiddle) and Sadler Vaden (acoustic guitar, electric guitar). The new album also includes background vocals from special guests David Crosby (Crosby, Stills & Nash, the Byrds) and Jay Buchanan (Rival Sons).
Of the release, Isbell shares, “There are a lot of ghosts on this album. Sometimes the songs are about the ghosts of people who aren’t around anymore, but they’re also about who I used to be, the ghost of myself. I found myself writing songs that I wanted to write fifteen years ago, but in those days, I hadn’t written enough songs to know how to do it yet. Just now have I been able to pull it off to my own satisfaction. In that sense it’s a reunion with the me I was back then.”
$54.95Add to basket ›

END_OF_DOCUMENT_TOKEN_TO_BE_REPLACED

Pick Me Up Off the Floor (Vinyl)