Diving Into Glass: A Memoir 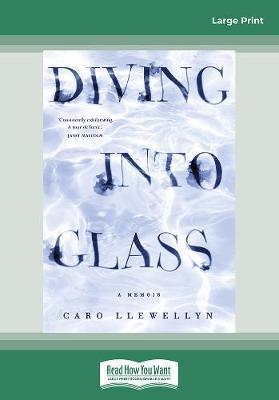 Diving Into Glass: A Memoir

Caro Llewellyn was living her dream life in her adopted home of New York, directing an international literary festival. Then one day, running in Central Park, she lost all sensation in her legs. Two days later she was diagnosed with multiple sclerosis. Caro was no stranger to tragedy. Her father Richard contracted polio at the age of twenty and spent the rest of his life in a wheelchair. Dignified, undaunted and ingenious, he was determined to make every day count, not least seducing his nurse while still confined to an iron lung, then marrying her. But when Caro was herself blindsided by illness, cut loose from everything she depended on, she couldn’t summon any of the grace and courage she’d witnessed growing up. She was furious, toxic, humiliated. Only by looking back at her father’s extraordinary example was she able to rediscover her own grit and find a way forward, rebuilding her life shard by shard. An emotionally brutal memoir of family, vulnerability and purpose, Diving into Glass is a searing, often funny portrait of the realities of disability and an intimate account of two lives filled with vigour and audacity. ‘Caro Llewellyn’s portrait of her father is a tour de force. It is entirely unpredictable and consistently exhilarating. I read it in one transfixed sitting.’ Janet Malcolm ‘Disturbing, compelling, portentous, obsessive, repetitious, persistent, prophetic, packed with shocks of recognition.’ Annie Proulx ‘Indefatigable and unsinkable, Llewellyn keeps her story on pace as if her very life, and her father’s legacy, depended on it. Inspiring and uplifting.’ Mary Norris, author of Between You & Me ‘Llewellyn has landed herself alongside the great memoirists of our time. A riveting marvel.’ Elizabeth Flock, author of The Heart is a Shifting Sea