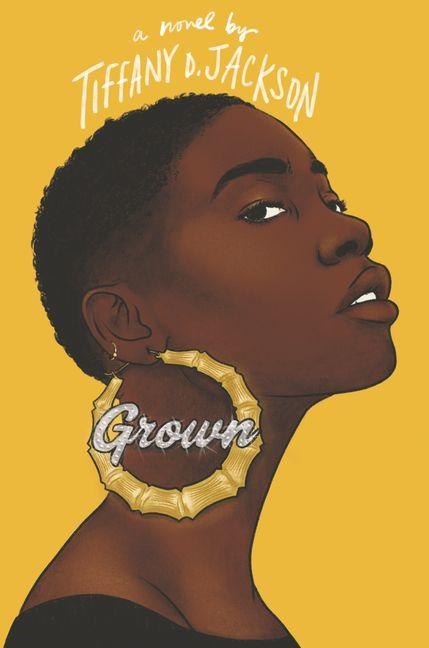 Grown exposes the underbelly of a tough conversation, providing a searing examination of misogynoir, rape culture, and the vulnerability of young black girls.
Award-winning author Tiffany D. Jackson delivers another riveting, ripped-from-the-headlines mystery that exposes horrific secrets hiding behind the limelight and embraces the power of a young woman’s voice.
When legendary R&B artist Korey Fields spots Enchanted Jones at an audition, her dreams of being a famous singer take flight. Until Enchanted wakes up with blood on her hands and zero memory of the previous night. Who killed Korey Fields?
Before there was a dead body, Enchanted’s dreams had turned into a nightmare. Because behind Korey’s charm and star power was a controlling dark side. Now he’s dead, the police are at the door, and all signs point to Enchanted.

In Grown, a book about a talented young singer whose big chance to succeed comes at a price, Tiffany D. Jackson reminds readers that the conflicting pressures we put on teenage girls can have disastrous consequences.

Enchanted Jones is used to attention. As one of the few black students at elite Parkwood High School, her presence is ‘distracting’. Enchanted works hard at home and at school, but music is the passion that drives her. When legendary R&B artist Korey Fields singles her out at an audition, she is flattered – more than flattered – by the attention and validation. When Korey invites Enchanted to leave her chaotic family behind to join him on tour, she jumps at the chance. But life on the road is anything but a dream, and Enchanted’s happily-ever-after turns out to be a horror story of control, abuse and torment.

Grown is raw and unflinching. It exposes the conflicting messages and misogyny at the heart of rape culture, which are further complicated by race and privilege, and interrogates the abuse of power and celebrity – a not- so-subtle nod to notable pop-culture incidents. Jackson’s writing is lyrical and compelling, and will be devoured by fans of The Hate U Give. For ages 14+.

Bec Kavanagh works as a bookseller at Readings Kids