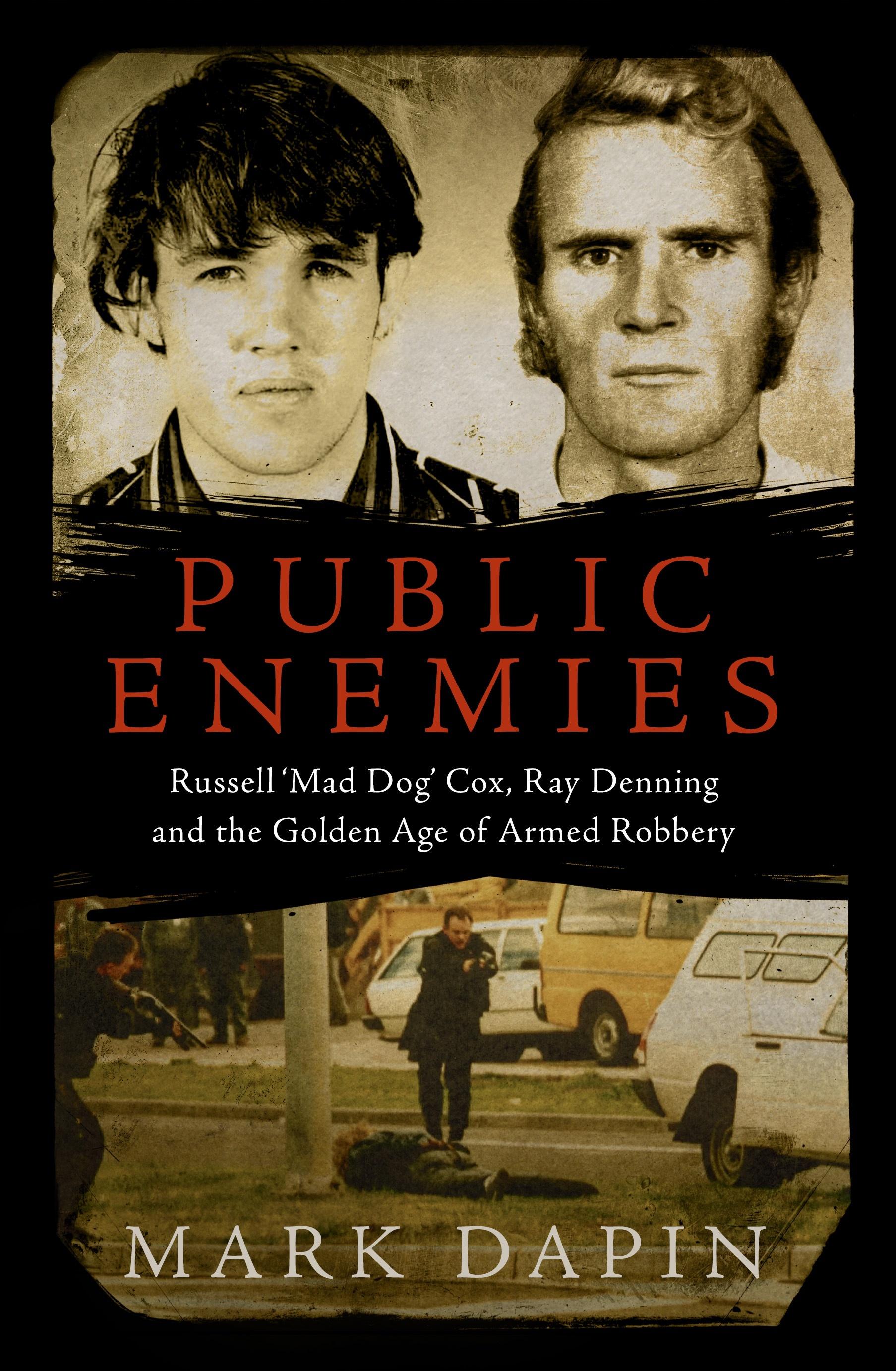 In the Australia of the 1960s, ‘70s and '80s, armed robbers were the top of the criminal food chain. Their dash and violence were celebrated, and men like Ray Denning and Russell 'Mad Dog’ Cox were household names long before Underbelly established Melbourne’s gangland thugs as celebrities.
Both were handsome, charismatic bandits who refused to bow to authority. Both were classified as ‘intractable’ in prison, and both escaped. Cox was the only man to escape from Katingal, Australia’s only ‘escape-proof’ jail. Soon after he broke out, he tried to break in again and rescue his mates.
Their story is one of violence (both men killed at least once) and romance (both men had lovers on the run - Denning had many girlfriends; Cox married into a Painters & Dockers gangster family); and humour: Cox, whose real name was the distinctive Melville Schnitzerling, lived on the run under the noses of the police in Schnitznerling Road, Warwick - a street named after his great-grandfather.
It is also a story of the unimaginably horrible life of boys condemned to ‘institutions’ in the 1960s, and the terrible conditions in Australian jails in the ‘70s and '80s. These were the hells where a whole generation of armed robbers was forged.
The final ending is both a tragedy and a redemption of sorts, as Denning betrays Cox and dies - not by the gun, but by the needle, and Cox becomes a model prisoner and, against all expectations, wins early release.
Mark Dapin brings his brilliant research skills and distinctive, powerful narrative style to a book that explores the life of these two men and the criminal world they inhabited. From armed robberies, shootings and bashings to prison barbarity and jail breaks, this a page-turning, gritty story for readers of everything from Chopper’s memoirs to the Underbelly series.
$32.99Add to basket ›

END_OF_DOCUMENT_TOKEN_TO_BE_REPLACED

Killing Sydney: The Fight for a City’s Soul

END_OF_DOCUMENT_TOKEN_TO_BE_REPLACED

Killing Sydney: The Fight for a City’s Soul