The Lost Love Song: A Novel 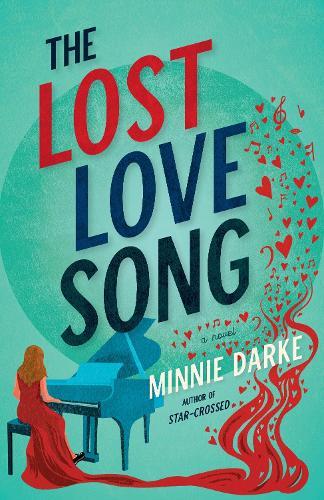 The Lost Love Song: A Novel

Behind every great love song is a great love story, from the author of Star-Crossed NAMED ONE OF THE BEST BOOKS OF THE YEAR BY PUBLISHERS WEEKLY * A tender tribute to the healing powers of love and music … Readers will be wowed. -Publishers Weekly (starred review) Concert pianist Diana is finally ready to marry her longtime fiance, Arie; she’s even composing a beautiful love song for him, and finishes it while on tour. Before she can play it for him, though, tragedy strikes-and Diana is lost to Arie forever. But her song might not be. In Australia, the world has gone quiet for Arie and he lives his life accordingly, struggling to cope with his loss. In Scotland, a woman named Evie is taking stock of her life after the end of another lackluster almost-relationship. Years of wandering the globe and failing to publish her poetry have taken their toll, and she might finally be ready to find what her travels have never been able to give her: a real home. And through a quirk of fate or circumstance, Diana’s song is passed from musician to musician. By winding its way around the world, it just might bring these two lost souls together. With heart-wrenching emotion, The Last Love Song explores what it means to be lost, what it means to be found, and the power of music to bring people together.