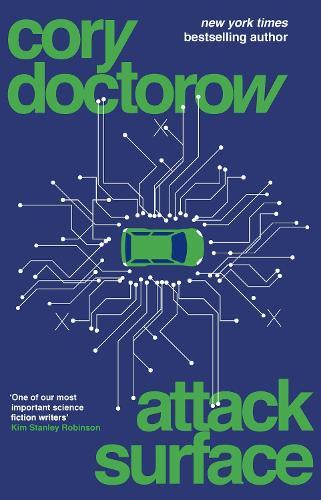 Returning to the world of Little Brother and Homeland , Attack Surface takes us five minutes into the future, to a world where everything is connected and everyone is vulnerable.
Masha Maximow has made some bad choices in life - choices that hurt people. But she’s also made some pretty decent ones. In the log file of life, however, she can’t quite work out which side of the ledger she currently stands. Masha works for Xoth Intelligence, an InfoSec company upgrading the Slovstakian Interior Ministry’s ability to spy on its citizens' telecommunications with state-of-the-art software (at least, as state-of-the-art as Xoth is prepared to offer in its middle-upper pricing tier). Can you offset a day-job helping repressive regimes spy on their citizens with a nighttime hobby where you help those same citizens evade detection? Masha is about to find out.
Pacy, passionate, and as current as next week, Attack Surface is a paean to activism, to courage, to the drive to make the world a better place.
$32.99Add to basket ›

END_OF_DOCUMENT_TOKEN_TO_BE_REPLACED

To Sleep in a Sea of Stars

The Empire of Gold