Wicked: The Life and Times of the Wicked Witch of the West 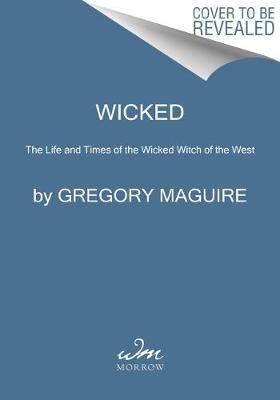 Wicked: The Life and Times of the Wicked Witch of the West

Maguire did something truly remarkable with this novel, in managing to inhabit, enlarge, deepen and find new dimensions in a world that had been invented by another writer, and in doing so make something entirely new. It’s an astonishing achievement. - A special 25th anniversary hardcover edition of the beloved multi-million-copy-bestselling novel and basis of the Tony Award-winning musical–including a new essay from Gregory Maguire on the nature of fantasy, The World at Hand, the World Next Door. Gregory Maguire’s groundbreaking New York Times bestseller redefines the land of Oz, its inhabitants, its Wizard, and the Emerald City, viewing the world created by L. Frank Baum through a darker and greener lens. Brilliantly inventive, Wicked offers a radical new portrait of one of the most feared and despised villains in all of literature: the universally maligned Wicked Witch of the West who, in Maguire’s imaginative retelling, isn’t nearly as black-hearted as we imagined.