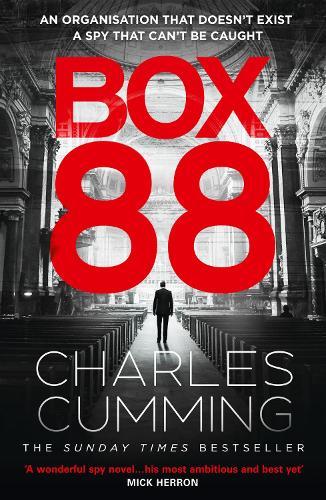 An organisation that doesn’t exist.A spy that can’t be caught.

1989: The Cold War will soon be over, but for BOX 88, a top secret spying agency, the espionage game is heating up. Lachlan Kite, recruited from an elite boarding school, is sent to France, tasked with gathering intelligence on an enigmatic Iranian businessman implicated in the Lockerbie bombing. But what Kite uncovers is more terrifying than anyone expected… Now he faces the deadliest decision of his life…

2020: MI5 hear rumours of BOX 88’s existence and go after Kite - but Iranian intelligence have got to him first. Taken captive and brutally tortured, Kite has a choice: reveal the truth about what happened in France thirty years earlier - or watch his family die.

In a battle unlike anything he has faced before, Kite must use all his skills to stay alive.