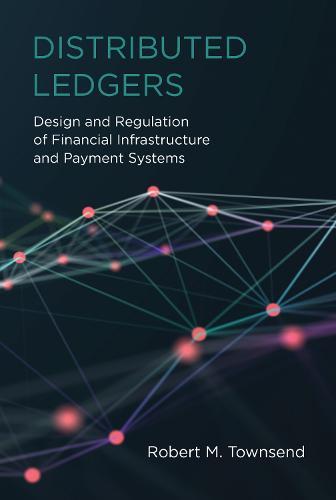 An economic analysis of what distributed ledgers can do, examining key components and discussing applications in both developed and emerging market economies. Distributed ledger technology (DLT) has the potential to transform economic organization and financial structures. In this book, Robert Townsend steps back from the hype and controversy surrounding DLT (and the related, but not synonymous, innovations of blockchain and Bitcoin) to offer an economic analysis of what distributed ledgers can do and a blueprint for the optimal design and regulation of financial systems. Townsend examines the key components of distributed ledgers, discussing, evaluating, and illustrating each in the context of historical and contemporary economies, reviewing featured applications in both developed economies and emerging-market countries, and indicating where future innovations can have large impact. Throughout, Townsend emphasizes the general equilibrium impact of DLT innovations, the welfare gains from these innovations, and related regulatory innovations. He analyzes four crucial components of distributed ledgers-ledgers as accounts, e-messages and e-value transfers, cryptography, and contracts-assesses each in terms of both economics and computer science, and forges some middle ground. Relatedly, Townsend highlights hybrid systems in which some of these components allow useful innovation while legacy or alternative pieces deal with the problem of scale. The specific applications he analyzes include an intelligent financial automated system that provides financial services to unbanked and under-banked populations, and cross-border payments systems, including financial systems that can integrate credit and insurance with clearing and settlement. Finally, Townsend considers cryptocurrencies, discussing the role and value of tokens in economies with distributed ledger systems.