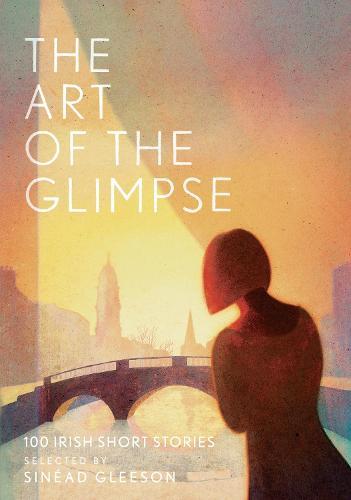 An anthology of the very best Irish short stories, selected by Sinead Gleeson, author of  Constellations .
There have been many anthologies of the short story as it developed in Ireland, but never a collection like this.   The Art of the Glimpse  is a radical revision of the canon of the Irish story, uniting classic works with neglected writers and marginalised voices - women, LGBT writers, Traveller folk-tales, neglected 19th-century authors and the first wave of ‘new Irish’ writers from all over the world now making a life in Ireland. Sinead Gleeson brings together stories that range from the most sublime realism to the downright bizarre and transgressive, some from established literary figures and some that have not yet been published in book form.
The collection draws on a tremendous spectrum of experience: the story of a prank come good by Bram Stoker; Sally Rooney on the love languages of the new generation; Donal Ryan on the pains of ageing; Edna O'Brien on the things we betray for love; James Joyce on a young woman torn between the familiar burdens and oppression of her home and the dangerous lure of romance and escape; and the internal monologue of a woman in a coma by Marian Keyes. Here too are vivid and less familiar stories by Chiamaka Enyi-Amadi, Oein De Bharduin, Blindboy Boatclub and Melatu Uche Okorie.  Sinead Gleeson’s anthology is a marvellous representation of a rich literary tradition renewing itself in the 21st century.
$49.99Add to basket ›