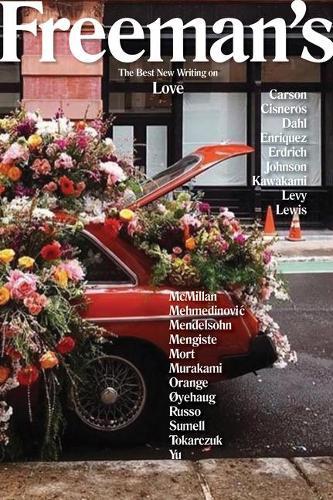 The latest installment from a powerful force in the literary world (Los Angeles Times) Freeman’s turns to one of the greatest elevating forces of life: love In a time of contentiousness and flagrant abuse, it often feels as if our world is run on hate. Invective. Cruelty and sadism. But is it possible the greatest and most powerful force is love? In the newest issue of this acclaimed series, Freeman’s Love asks this question, bringing together literary heavyweights like Tommy Orange, Anne Carson, Louise Erdrich, and Nobel Prize winner Olga Tokarczuk alongside emerging writers such as Gunnhild Oyehaug and Semezdin Mehmedinovic. Mehmedinovic contributes a breathtaking book-length essay on the aftermath of his wife’s stroke, describing how the two reassembled their lives outside their home country of Bosnia. Richard Russo’s charming and painful Good People introduces us to two sets of married professors who have been together for decades, and for whom love still exists, but between the wrong pair. Haruki Murakami tells the tale of a one-night stand that feels like a dying sun. Together, the pieces comprise a stunning exploration of the complexities of love, tracing it from its earliest stirrings, to the forbidden places where it emerges against reason, to loss so deep it changes the color of perception. In a time when we need it the most, this issue promises what only love can bring: a solace of complexity and warmth.