Stonehenge for the Ancestors: Part 2: Synthesis 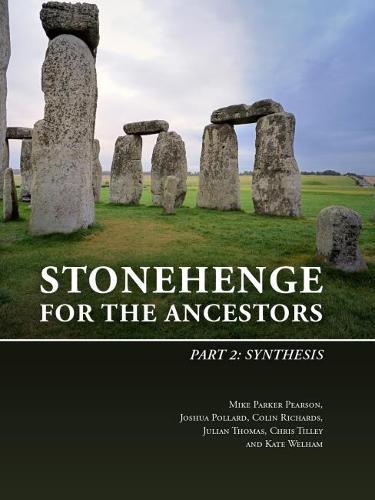 Stonehenge for the Ancestors: Part 2: Synthesis

For many centuries, scholars and enthusiasts have been fascinated by Stonehenge, the world’s most famous stone circle. In 2003 a team of archaeologists commenced a long-term fieldwork project for the first time in decades. The Stonehenge Riverside Project (2003-2009) aimed to investigate the purpose of this unique prehistoric monument by considering it within its wider archaeological context. This is the second of four volumes which present the results of that campaign. It includes studies of the lithics from excavations, both from topsoil sampling and from excavated features, as well as of the petrography of the famous bluestones, as identified from chippings recovered during excavations. Other specialist syntheses are those of the land mollusca. The volume provides an overview of Stonehenge in its landscape over millennia from before the monument was built to the last of its five constructional stages. It concludes with a chapter placing Stonehenge in its full context within Britain and western Europe during the third millennium BC. With contributions by: Umberto Albarella, Michael Allen, Richard Bevins, Benjamin Chan, Robert Ixer, Claudia Minniti, Doug Mitcham and Sarah Viner-Daniels