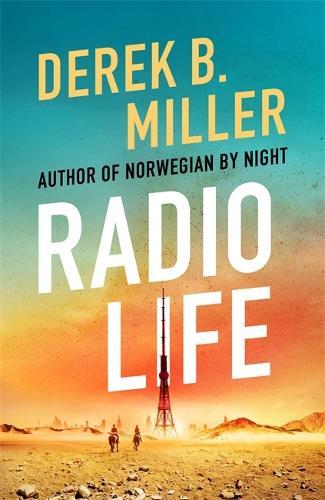 A smart and thought-provoking piece of work - FINANCIAL TIMES, Pick of the Best New Science Fiction ‘One of the most captivating epics I’ve read in ages, evoking a convincing sense of fragile social structure reminiscent of China Mieville at his best, in combination with a philosophical underpinning that lends real weight to the stakes. It reads like Mad Max as imagined by Neal Stephenson. It’s luxuriantly immersive, truly transporting in a way that is invaluable during these trying times’ CHRIS BROOKMYRE, bestselling author of FALLEN ANGEL In this riveting political thriller, The Commonwealth, a post-apocalyptic civilisation on the rise, is locked in a clash of ideas with the Keepers, a fight which threatens to destroy the world … again. When Lilly was first Chief Engineer at The Commonwealth, nearly fifty years ago, the Central Archive wasn’t yet the greatest repository of knowledge in the known world, protected by scribes copying every piece of found material - books, maps, even scraps of paper - and disseminating them by Archive Runners to hidden off-site locations for safe keeping. Back then, there was no Order of Silence to create and maintain secret routes deep into the sand-covered towers of the Gone World or into the northern forests beyond Sea Glass Lake. Back then, the world was still quiet, because Lilly hadn’t yet found the Harrington Box. But times change. Recently, the Keepers have started gathering to the east of Yellow Ridge - thousands upon thousands of them - and every one of them determined to burn the Central Archives to the ground, no matter the cost, possessed by an irrational fear that bringing back the ancient knowledge will destroy the world all over again. To prevent that, they will do anything. Fourteen days ago the Keepers chased sixteen-year-old Archive Runner Elimisha into a forbidden Gone World Tower and brought the entire thing down on her. Instead of being killed, though, she slipped into an ancient unmapped bomb shelter where she has discovered a cache of food and fresh water, a two-way radio like the one Lilly’s been working on for years … and something else. Something that calls itself ‘the internet’ … ‘If like me you loved Norwegian by Night and American by Day, dive straight into Radio Life. It’s a post-apocalyptic exploration of how we rebuild, but much more than that, it’s a gripping, clever, frightening, funny adventure. Trust me, it’s a good one.’ VAL McDERMID, No. 1 bestselling author of STILL LIFE ‘A complex mosaic novel filtered through the viewpoints of a large cast that builds a convincing picture of a future world riven by opposing ideo