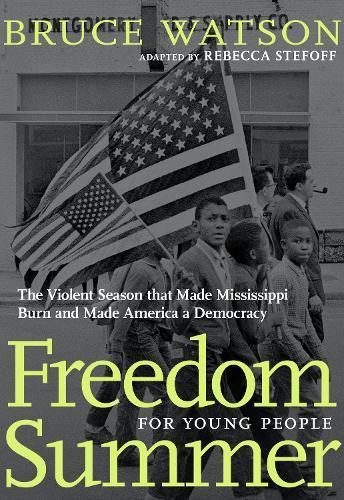 This latest edition in Triangle Square’s For Young People series is a gripping account of the summer that changed America. In the summer of 1964, as racial tensions reached a fever pitch in the United States, the Student Nonviolent Coordinating Committee (SNCC) sent more than seven hundred college students to Mississippi to help black citizens register to vote. Less than twenty-four hours after they arrived, three volunteers went missing, presumed victims of the Ku Klux Klan. It was a sinister start to what should have been a peaceful mission, and it was only the beginning. In the days and weeks that followed, volunteers and their allies faced intimidation, threats, and violence from locals who didn’t believe blacks should have the right to vote. Still they continued their work, never wavering in their commitment to justice and their belief that a fairer future was possible. What came to be known as Freedom Summer brought out the worst in its citizens, but also the best, and contained within these pages are powerful stories of everyday people fighting for freedom. Following several individual volunteers and culminating in the 1964 Democratic National Convention, Freedom Summer for Young People is a riveting account of a decisive moment in American history, sure to move and inspire readers.